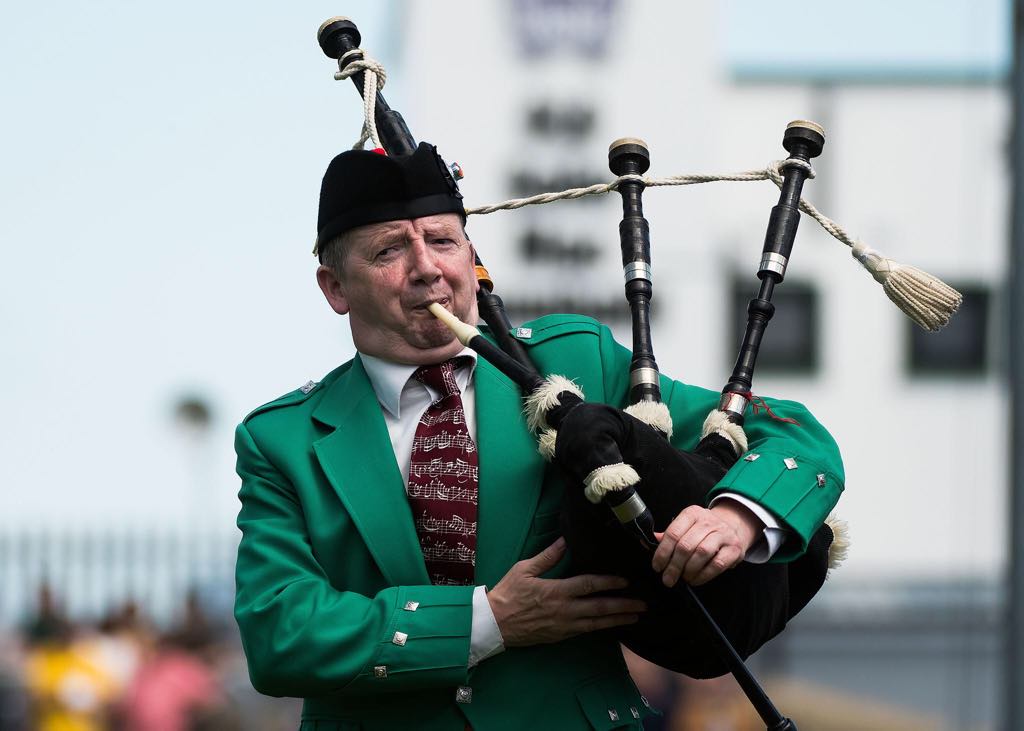 ‘Donegal Piper’ vows to play on after Croke Park stand-off

CHRISTY Murray, the famous ‘Donegal Piper’ was involved in a standoff with Croke Park stewards, who attempted to deny him access on Saturday night.

Christy has been a regular fixture, bedecked in his green and gold outfit and accompanied by his trusted bagpipes, for over 20 years.

However, his music was almost stopped on Saturday night as he headed for Donegal’s Division 1 League match against Dublin.

“We had a stand-off for over 40 minutes,” he told Donegal Daily/Donegal Sport Hub.

“They wanted to put my pipes in a secure hold on the premium level.

“I kept asking who was making the call. Everything was being communicated by hand-held radio.

“The stewards’ boss went to speak to someone in the main building. Eventually, at ten to seven, they said i could go in.”

Security personnel, however, informed him that ‘they will never be allowed in in future’.

“That was the bit that really gutted me,” he said.

“I have been piping at Donegal games for over 20 years but i really thought about giving up.”

Before half-time, his familiar sounds were ringing in the Dublin air, as they have done many times, including at Donegal’s All-Ireland final win in 2012.

“I had a great time having the craic with the Dublin supporters when I got in and playing,” he said.

“I was told that it was to do with health and safety. It has gone too far now.

“I can see this happening again. I have been told that everything in Croke Park is strictly choreographed and that formal notice has to be given – even for my bagpipes.

“When Donegal are back in Croke Park, I’ll have to go through the route of formally applying – even though there are so many bodhráns on Hill 16 all the time. I have joined the Dublin bodhrán players many a time in Ballybofey and had great fun.”