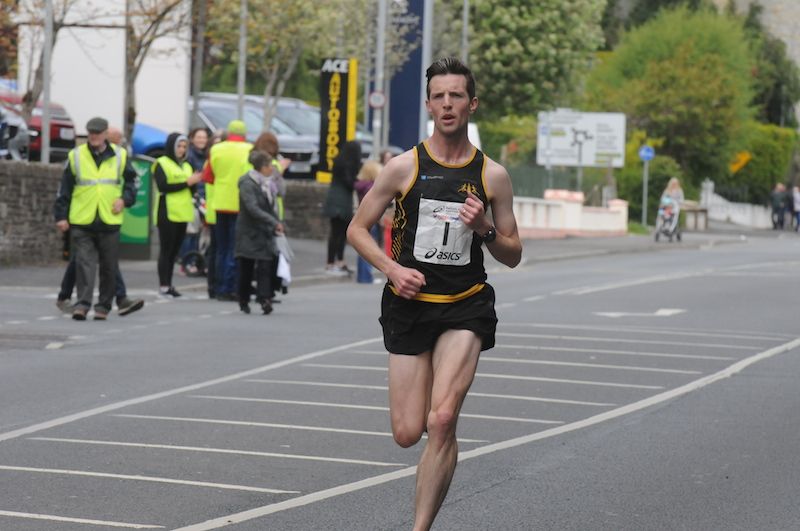 THE launch of the 2020 North West 10k Run & Walk will take place on Monday evening, March 2, at 7pm in Mount Errigal Hotel.

The 24th North West 10k Charity Walk & Run will take place on Sunday, May 3 in Letterkenny.

Last year the three charities each received €17,000 each from the 23rd staging of the event.

The overall total raised since the Northwest 10k started in 1997 is now just over €827,000, benefitting over 30 charity organisations. On-line entries are now being taken for May’s charity event by going to northwest10k.com where runners and walkers will find all the information required.

Northwest 10k Chairperson Neil Martin said he was looking forward to naming the benefiting charities at Monday night’s launch. Work for the 2020 event started in October when expressions of interest were sought from charities in Donegal.

He said: “We started the process early and work for 2020 began in October when expressions of interest were invited.

“We interviewed the charities and outlined the volume of work that would be required.

“It is a big undertaking and it takes a lot of volunteers to make it a successful fundraiser for any charity.”

He also expressed his appreciation to the five sponsors. DonegalDaily.com  and Brian McCormick Interpsports have been backers for a number of years.

Last year the committee went out and sought more sponsors and were delighted to secure the support of Century Cinemas, the Mount Errigal Hotel and the Value Centre.

Mr Martin also acknowledged the work done annually by the Gardai under the direction of Sergeant Eunan Walsh who worked closely with the 10k Traffic and Route Management members Neily McDaid and Brendan McDaid.

He said: “It takes a big team to run the event on the day so we have five chief stewards and they need over 60 marshals to cover the route.

“The Gardai’s expertise is vital to ensuring the safe running of the 10k. Every year we acknowledge the public and residents of Letterkenny for their continued support, despite some inconvenience during the day and this is much appreciated.

“We also have all the other sponsors who are listed on the sponsor cards who we want to thank again. Our committee does great work and shows great commitment to the North West 10k every year.”

The €50,000 raised last year was significantly higher than 2018 but then there were just two charities chosen. Breastcare North West and the Donegal Diabetes organization were each presented with cheques for €6,198 from the 22nd North West 10k charity Race and Walk. The total figure raised was €12,396.

The 21st Northwest 10k in 2017 lifted €19,284 for two charities. Cheque presentations of €9642 each were made to the Families and Friends of Abbey Village Kilmacrennan and the Donegal Sexual Abuse & Rape Crisis Centre.