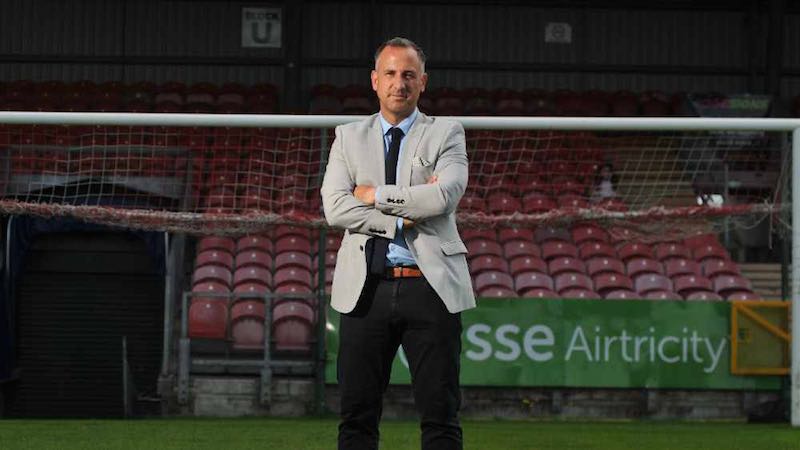 Fenn says onus is on Cork against ‘dogged’ Finn Harps

While it is only the third game of the season for Harps, Ollie Horgan’s men already go to Turners Cross with a chance to open up a seven-point gap on the Rebels.

Cork have lost three from three while Harps have four points from their opening two matches.

“I think the onus is on us to take the game to Finn Harps,” Fenn said.

“I think they will be dogged and will sit in; from the games I have watched, that is what I would expect. It will be up to us to break them down and to try and get a goal. They have had a great start.

“They have got a system, a way of playing and they are very difficult to break down.”

Cork were League and FAI Cup double winners as recently as 2017, but finished eighth last season as their stock tumbled.

City will have Deshane Dalling back from suspension, but Conor Davis is absent.

Fenn indicates that he believes Cork will be on the front foot against Harps, who managed to earn a 0-0 draw on their last visit to Leeside last season.

The Cork manager said: “I am determined to approach this game in a positive fashion. We want to go and win the game, and I feel that we can.

“We have learned a lot over the last few games and we need to go out and show a true reflection of what we are all about.