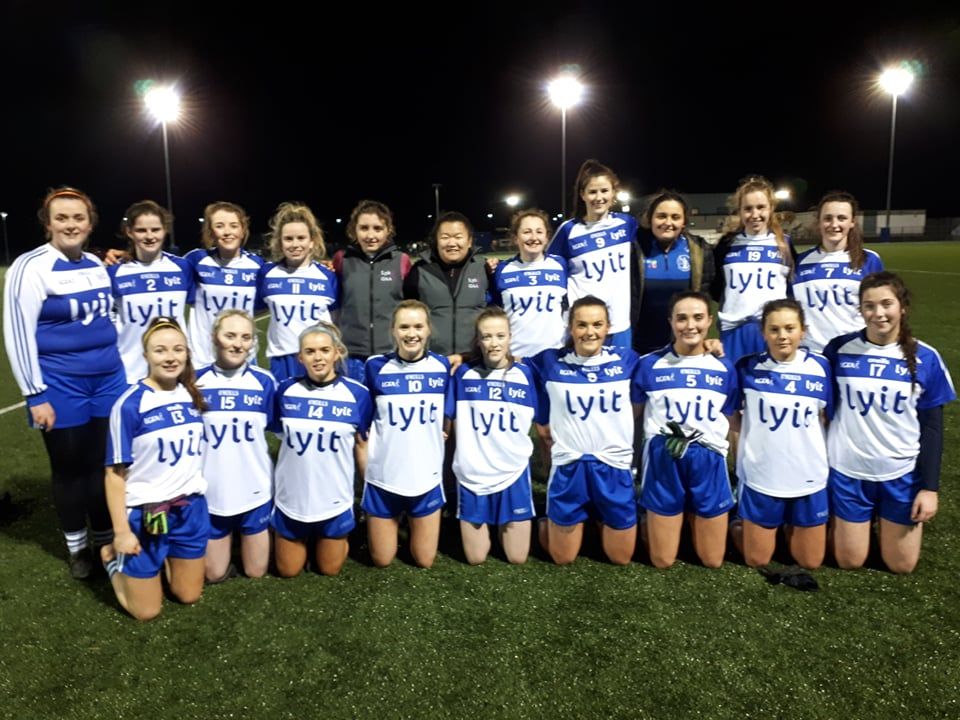 AN impressive team performance saw the Letterkenny Institute of Technology ladies book their place in the Moynihan Cup semi-finals.

Within ten minutes LyIT were five points ahead with their from goal from Emma Mc Mahon, only to let their lead slip to a persistent Limerick team, leaving the half time score 0-09 to 1-04 in Limerick;s favour.

UL went three in front early in the second half and that was to be their final score of the game.

The game was tied with ten minutes remaining and by the final whistle LYIT were four ahead with nine players contributing to the final tally.

UCD3 awaits LYIT in that semi-final with the time and date still to be confirmed.