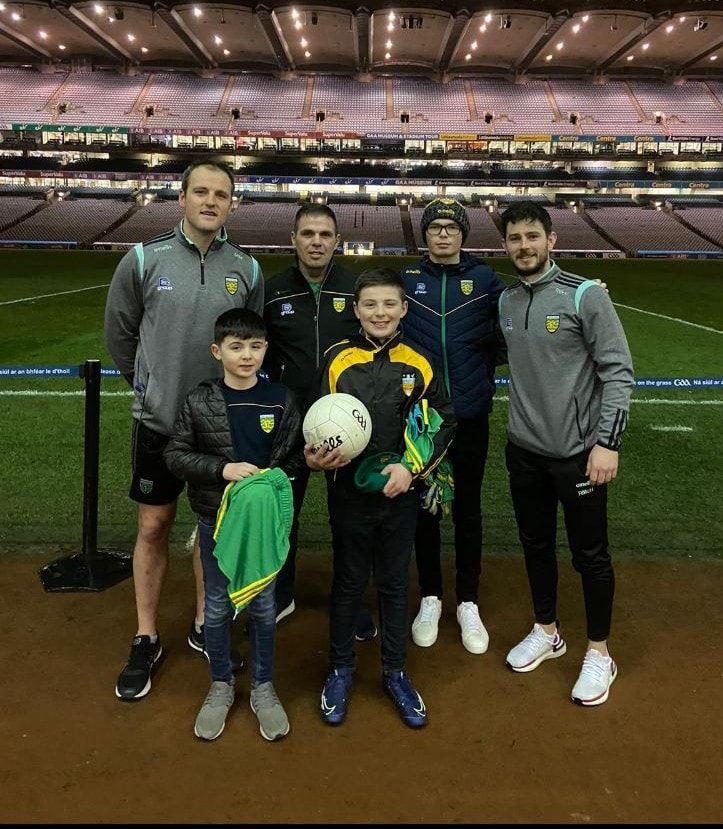 MALIN teenager Niall Gallagher has been bravely battling illness in a Dublin hospital for over three months – but last Saturday he was allowed a dream evening out at Croke Park.

The 16-year-old Malin footballer has been fighting Acute Lymphoblastic Leukemia since November.

For much of that time, he had been in the Denis Burkitt Ward of St James’ Hospital. With Donegal in the capital to face Dublin at Croke Park last Saturday, Niall hatched a plan to get out for a few hours.

However, an outdoor seat for an evening throw-in could have hit Niall’s immune system and he was having trouble securing a seat.

Enter John Doherty, an ex-Malin player who is the chairman of the Shankhill club in Dublin, and the Malin GAA club chairman Pat McLaughlin.

Tickets were arranged for Niall, his dad Brendan and younger brothers Oisin and Finn to watch the game from the comforts of the Ard Comhairle area of the Hogan Stand.

While Donegal lost by a point to the Dubs, Niall was said to have worn a ‘smile bigger than the iconic Hill 16 itself’.

His big night didn’t end in the Hogan Stand, however. With the aid of Donegal’s logistics manager, Packy McDyer, Niall was taken into the Donegal dressing room after the game. 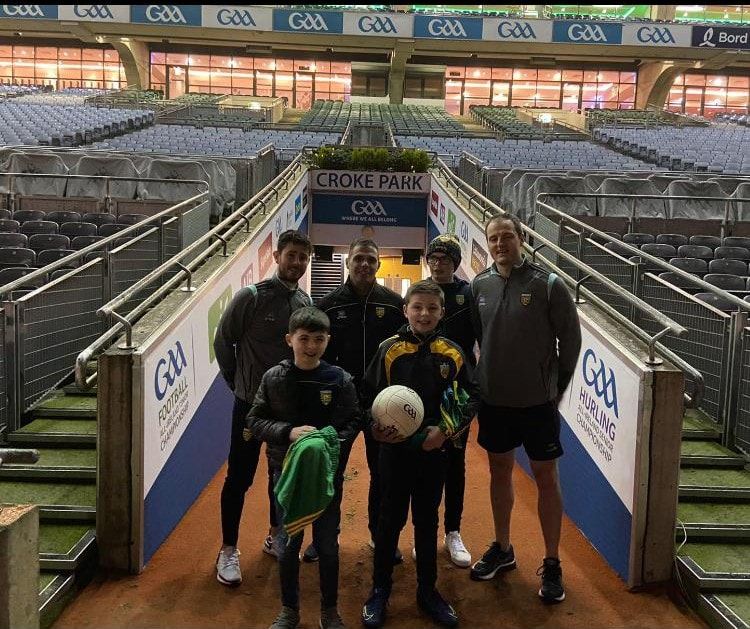 “The entire squad went out of their way to make their visitors welcome and showered the lads with gifts and left with memories they’ll never forgot,” a Malin GAA spokesperson said.

“It’s not every day you leave Croke Park with the actual match ball, along with gloves, socks and Donegal jerseys which were worn in the match.”

The Malin spokesperson said: “These lads put the disappointment of the narrow defeat to one side, were more than generous and offered words of encouragement to Niall in his own battle.”