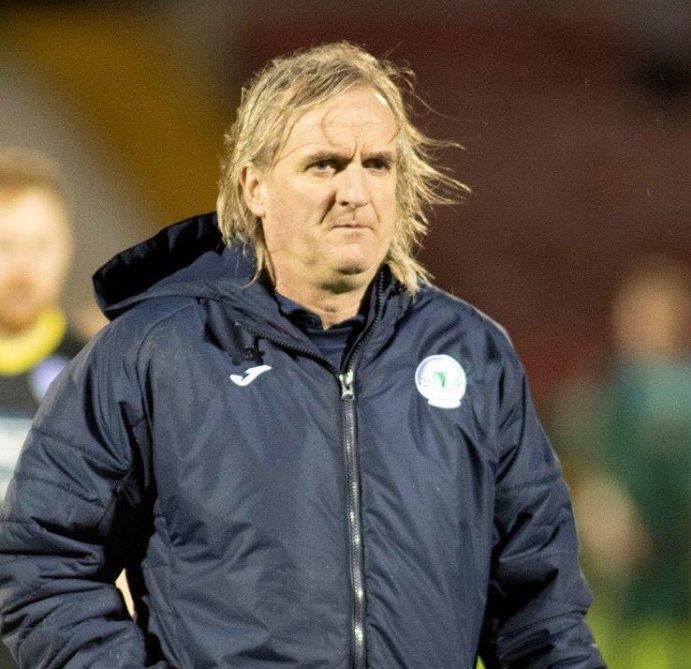 Ollie Horgan railed against officials’ decision to deny Finn Harps a goal as his side was beaten by Cork City.

By Chris McNulty at Turners Cross

Debutant Alex Kogler looked to have given Harps the lead in added time at the end of the first half.

The Austrian had celebrated the goal and, with Bossin still down injured, Harps were already in position for the restart when referee Neil Doyle, having initially awarded the goal, dissallowed it on the advice of his assistant.

“The goal was given, we went to tip-off and, three minutes later, the decision was changed,” Horgan said after the 1-0 defeat at Turners Cross.

“The linesman said he saw something, according to the referee, but he didn’t flag. He walked back to the half-way line to tip off.

“It’s not sour grapes. Cork deserved to beat us in the second half and well done to them. I think the time has come where you have to take a bit of criticism if you’re paid to be a linesman out there. There is little touch of more than just getting a decision wrong.”

Harps were beaten by Alec Byrne’s header, netted 11 minutes into the second half, but the game’s big talking point was the incident that had Harps believing they were in front.

Kogler, given his first start just over 24 hours after being cleared to play, collided with the ‘keeper as he finished, but Horgan, although Bossin had to be withdrawn, insisted there was no foul play.

The Harps boss said: “We looked at it again on the video half-time. It wasn’t a foul. The ‘keeper went at it head-first and our lad went at it with his foot. He nicked it past him.

“It’s the fact the goal was given, we all went back to centre and then, because of the injury, they decided to change their mind.

“I felt that the referee should have been stronger. He had a better view of it.

“We are hugely disappointed with the manner of the linesman when we asked him to explain what happened. It was a huge turning point and there is no point in pretending the elephant isn’t in the room.”