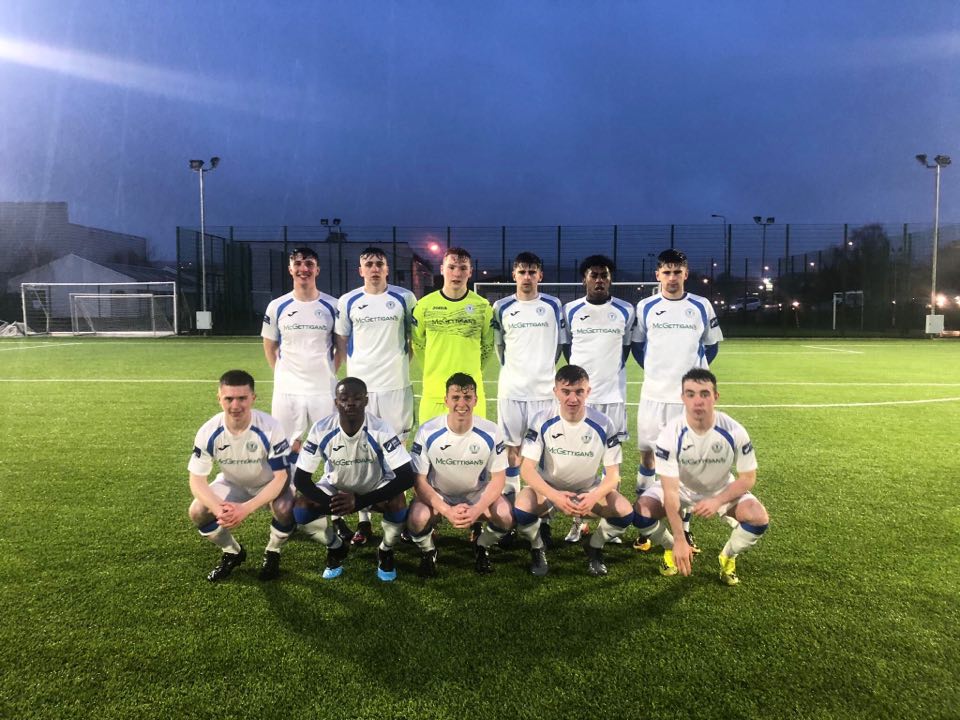 Finn Harps Reserves ‘storm’ into next round of North West Cup

Joel Bradley-Walsh, Ronan Gallagher and Stephen Doherty hit the goals as Tommy Canning’s men moved into the last eight thanks to a fine win.

On a horrid night in the Cathedral Town, Harps got past the challenge of a useful-looking Dungiven Celtic, who gave as good as they got particularly in the first half.

Harps were indebted to goalkeeper Paddy McGarvey at times as much as their goalscorers with the clean sheet keeping them ahead after Bradley-Walsh’s opener.

The big centre-back powered home a header from a corner on 20 minutes.

In a lively opening, McGarvey saved from Ciaran Lynch, who scampered onto an Oran Armstrong through ball.

Harps’ Lee McLaughlin tested Connor O’Kane at the other end, while the Dungiven number 1 also denied the lively Jack O’Donnell.

Armstrong had a big chance, but he was unable to hit the target in the 15t minute.

Bradley-Walsh headed Harps in front before McGarvey had to be at his best to deny Dungiven again with Armstrong unable to keep his follow-up down.

O’Kane denied O’Donnell after Luke Rudden hit the side-netting after being slipped in by a delicate ball round the side by Conor Black.

O’Donell fired wide of the far post before McGarvey pulled off a brilliant save to thwart Blain Carlin as Dungiven showed their worth.

Harps first team panelist Stephen Doherty – who appeared as a substitute in last week’s Premier Division draw at Derry City – drew a top-drawer save from O”Kane, but the Dungiven ‘keeper was powerless when Gallagher headed home a second on 72 minutes.

Harps finished well with Doherty driving high to the net in the final minute and there was still time for more drama as Carlin was sent off for dissent in stoppage time.