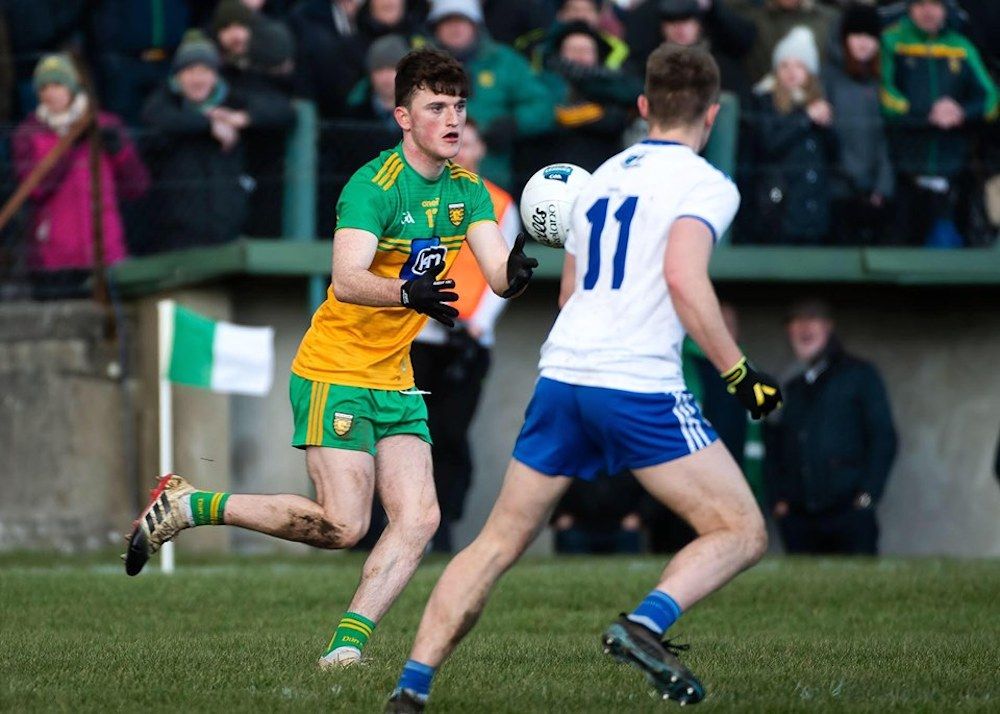 SEAMUS McEnaney was quite content with himself after 31 minutes yesterday. Then, with a swing of Caolan Ward’s right boot, all changed utterly.

By Chris McNulty in Ballyshannon

Unbeaten in four, Monaghan were 0-3 to 0-1 in arrears with Donegal having the advantage of a fierce south Donegal gale.

When Ward blasted to the bottom corner of Rory Beggan’s net, the seams burst for Monaghan. All of a sudden, they trailed by six at the break and Banty sighed.

“We were very happy where we were with 31 minutes gone in the game,” he insisted afterwards.

“We felt that we had Donegal in a great place, especially with the strong breeze.

“The goal was a sucker-punch for us before half time, it was a ball we probably should’ve cleared. I was happy with the first half performance except for our transition.

“We didn’t have enough energy in the first half, we gave away ball in their half of the field which was disappointing, but we’ll regroup and we’ll get up on the horse again on Tuesday night.”

By the time Hugh McFadden plundered a second Donegal goal in the 54th minute, Monaghan were nine points and two men down. Ryan Wylie, their captain, was sent off when he added a yellow card to an earlier black, and Beggan was sin-binned for hauling Patrick McBrearty to the turf in the build-up to McFadden’s goal.

Monaghan, then, could have packed up and left the Erne town.

“When we went down to 13 men there was no opportunity at that stage,” McEnaney conceded.

“Donegal got the first two points of the second half and it was going to be a serious uphill battle of that. When we dropped to 13 men and Donegal are one of the best teams in the country at keeping the ball. When you give them a lead like that, it’s not a good place to be.

“Listen, we spent a lot of the game with 14 men and then 13 men and that’s difficult. You can’t survive at this level with that.”

Monaghan could have been in the top two with a win, but they couldn’t replicate some of their more encouraging notes of late in sticky conditions.

“We’ll dust ourselves down and go again. It’s all to play for yet.

“Donegal haven’t been beaten here in 10 years and there’s a reason for that. It’s very difficult to come here and play the standard of football you’d like to play, but we have Kerry in Inniskeen in two weeks time and we’ll get ready for that.

“We’re after putting in a couple of decent performances and we won’t become a bad team with one bad performance.”