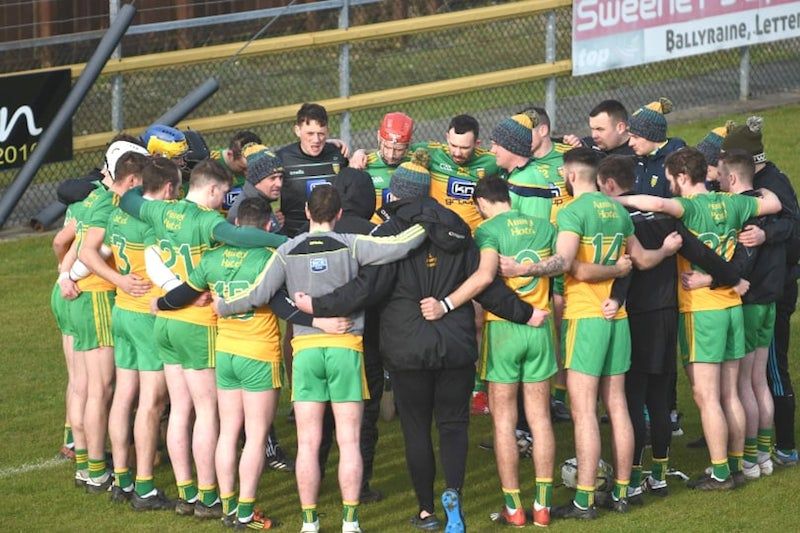 AT THE first time of asking Donegal hurlers have a chance to return to Division 2B.

Armagh stand in their way in next weekend’s Division 3A final as Mickey McCann’s men look to take a piece of spring silverware again.

Relegation last year, Donegal are eyeing up a swift return to Division 2B again.

“Our aim at the start of the year was to get a promotion play-off spot,” McCann said after a 0-19 to 0-13 away win at Longford yesterday.

“We lost the opening game against Armagh and we knew we had to get four wins. That defeat put us off the tracks a bit and left us with no room for error.

“We were lucky to get out of Louth. The conditions have been poor and that makes it a level playing field.”

Wins over Tyrone, Louth, Monaghan and Longford have got Donegal firmly back on track again.

Declan Coulter once more starred yesterday as the Armagh native clipped 13 of his team’s points.

Longford, with the aid of the breeze, led 0-11 to 0-10 at half-time, but Donegal had much the better of the second half.

McCann said: “Longford took a lot of scores from 80 or 90 metres, which is hard to stop. We were happy to go in one down at the break. We knew if we could settle and get the scoreboard ticking we’d be able to get the win.”

The Donegal manager believes his time has to become more clinical in the final third.

He said: “We need to start scoring more goals. We are working on it. It hasn’t clicked yet, but maybe next weekend is the time for that to happen.”

Armagh defeated Donegal on match day one and the Orchard – the home county of ace scorer Coulter – are the opponents for the final.

“We owe them one,” McCann said.

“It’s a big day out for us next weekend and we want to get back into Division 2B.”