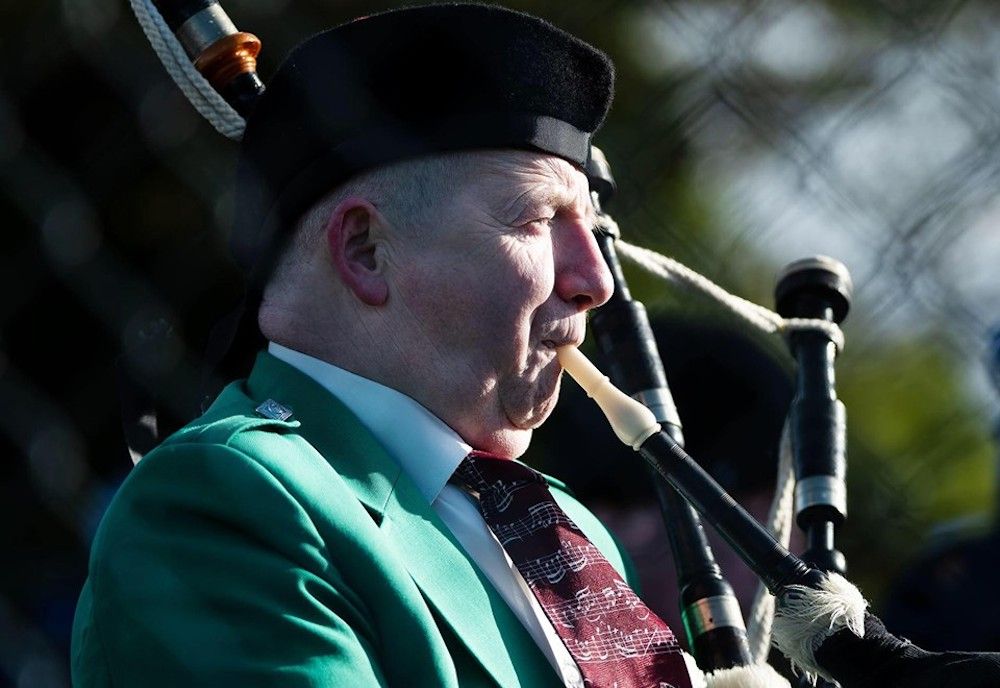 AS DONEGAL scored a comfortable Division 1 win over Monaghan on Sunday in Ballyshannon, Donegal Piper Christy Murray was back hitting the right notes again.

Eight days after being embroiled in a stand-off with stadium security at Croke Park, Christy’s famous tones filled the Ballyshannon air on Sunday as Declan Bonner’s men returned to winning ways.

Off the pitch, Christy’s usual variety of tunes helped warm the crowd and keep the spectators in high spirits before the match and again at half-time.

A regular fixture at Donegal games since the 1990s, Christy – bedecked in his green and gold regalia, which he sourced from a uniform-maker based in Cullybacky – ran into trouble on Saturday-week past at Croke Park.

A 40-minute stand-off ensued when security informed the Raphoe native that he wasn’t permitted into the Hogan Stand with the pipes.

Christy usually stores the bagpipes under his seat during a game.

Croke Park officials have confirmed that the personnel in question acted on the stadium’s ground regulations ‘as it may have interfered with the enjoyment or comfort of others.’ Officials say that the decision was made to ‘give consideration to the overall match day experience for supporters’.

Christy eventually got into the stadium and was able to play the pipes at half-time.

“I have been piping at Donegal games for over 20 years but i really thought about giving up,” Christy told Donegal Daily/Donegal Sport Hub last week.

Donegal fans were delighted to see that he was swiftly tuning up again on a crisp Sunday at Fr Tierney Park at the weekend.