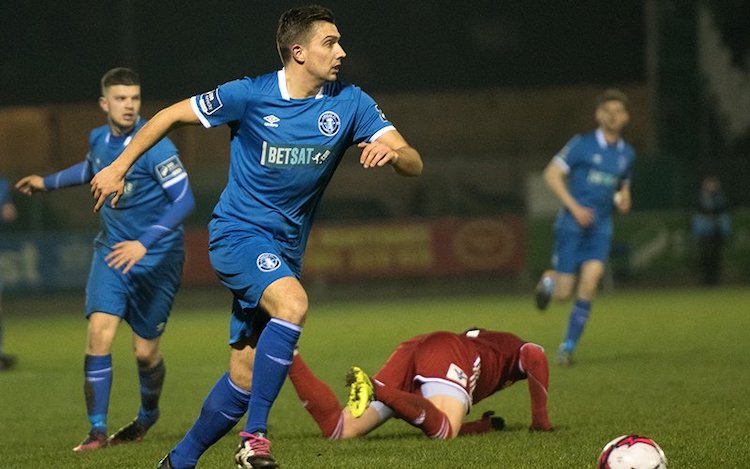 SHAUN Kelly has been given an injection in order to ‘kick start’ his season at Finn Harps.

Killybegs man Kelly signed for Harps in late pre-season and has yet to feature in the squad.

However, last night the former Limerick full-back was given a cortisone injection on a troublesome knee injury.

“It will be a number of weeks before he can play,” Harps manager Ollie Horgan said.

“He has to stay away from any training on it for 10 days.”

Kelly had a scan to determine the extent of the damage to his knee and an injection has been recommended.

Horgan said: “Hopefully it will be a number of weeks and no more than that.”

Mark Timlin is out for the season with a cruciate knee ligament injury. Aside from Timlin, Horgan hopes to be at full tilt in the coming weeks and appears much happier with his lot this season.

“That’s a great challenge which we didn’t have before. We gladly have that as not have choices. We’re happier in that regard.”

Horgan insists that it will ‘take time’ before he figures out his best 11.

He said: “Our dietician (Nina Singaroyan) mentioned to me that we have eight games in April,” Horgan said.

“She was monitoring for their nutrition. So, we will know at the end of April who can do what.

“Obviously some we know, but some of the lads we took in we don’t know what level they can get to. There is very little between the best and number 20.”