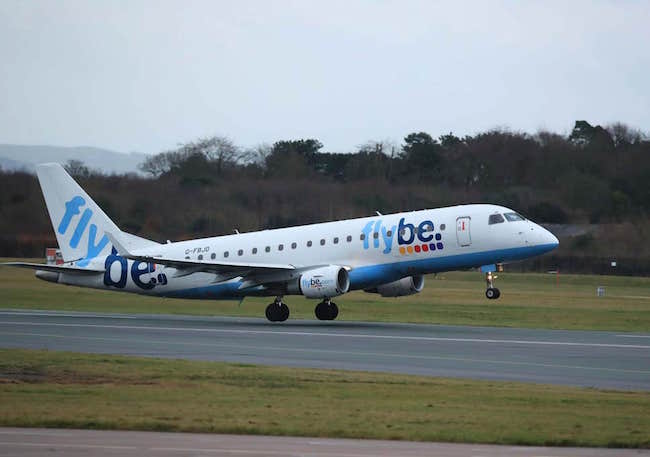 Commuters across Donegal have been left high and dry after the UK’s largest regional airline, Flybe, went into administration and ceased all flights earlier this morning.

Many Donegal people use the airline for flights to and from the UK from both Belfast and Knock.

Anybody who has booked flights for today and the coming days have been told to stay away until alternative arrangements have been made.

Up to 80% of the flights at Belfast City Airport were operated by Flybe.

The airline had been struggling and a proposed £100m British government loan was being challenged by a number of rival airlines.

The slowdown in bookings due to the Coronavirus situation was the final body blow.

Flybe regularly complained about the impact of government passenger duties of £26 for an internal UK return flight.

In a statement, chief executive Mark Anderson said the company had made “every possible attempt” to avoid collapse but had been “unable to overcome significant funding challenges”.