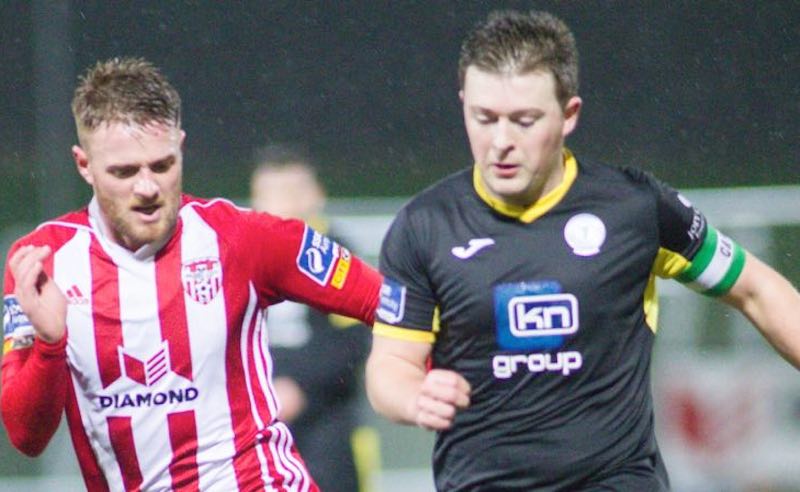 FINN Harps have confirmed that Tony McNamee has been ruled out of tomorrow night’s clash with champions Dundalk.

A knee injury sustained in training will prevent McNamee from lining out tomorrow night.

Harps face a busy schedule with three games over the next ten days. Next Friday, Ollie Horgan’s troops are away to Shamrock Rovers before they host Shelbourne on Monday, March 16.

Earlier this week, Horgan outlined that new signing Shaun Kelly is ‘a number of weeks’ off being ready to feature. The Killybegs man had a cortisone injection this week in a bid to kick start his season.

Mark Coyle, who missed last Friday’s defeat to Cork City at Turners Cross, has also been rated as doubtful for the Dundalk game.

Horgan said: “We’re going into the two toughest games of the season.

“We got four points out of nine; when we get to the 15-point mark, how many points will we have? We have Dundalk, the champions, at home and away to Shamrock Rovers? Which is worse?

“It’ll take us a long while for us to get to the potential of what we have in there.

“We have a new side and the players are buying into it. we ned the supporters to back us and we ask them, as always, to be patient.”