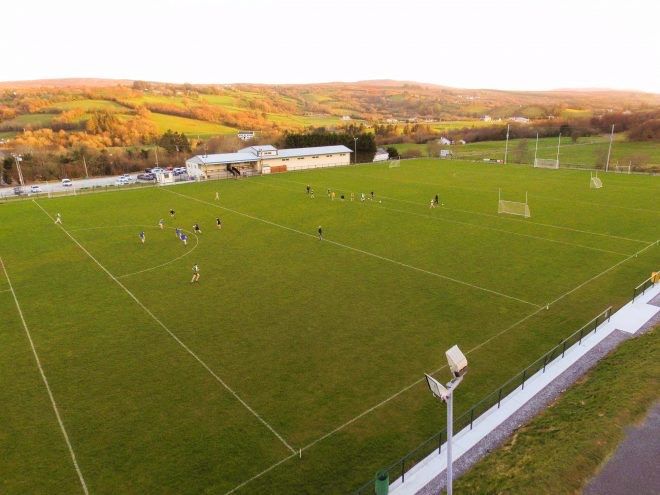 GLENSWILLY GAA club has become the latest club in Donegal to launch a tobacco free policy.

The club grounds at Pairc Naomh Columba has this week become tobacco free, with the new policy to be officially launched later this month.

The tobacco free policy will see the entire grounds at the Foxhall venue – internal and external – become smoke free.

There will be no designated smoking areas within the confines of Pairc Naomh Columba and the policy also includes e-cigarettes, which will also be banned.

“We believe that we are setting a positive example for the community with genuine concern for everyone’s health,” Glenswilly’s said in announcing the policy.

“As a club we aim to protect the health of all individuals involved with the club by keeping them safe from all tobacco related harm.

“Glenswilly GAA recognises that tobacco use and exposure to second-hand smoke is severely harmful to health, in  particular to the health of children.”

In 2016, St Mary’s GAA club in Convoy banned smoking at their grounds, becoming the first in Donegal to do so.

Leading GAA officials at Croke Park have expressed the hope that every GAA ground in the country will ultimately become smoke free.

Glenswilly said: “There is no safe level of exposure to second-hand smoke. The policy will help change social norms around tobacco use, encourage people to consider quitting and reduce the initiation of smoking amongst young people.”

Glenswilly’s Health and Wellbeing Officer Donnacha Gallagher is leading the roll out of the policy, which will apply to all members, officials, coaches, players, parents, visitors and volunteers at the club.

Glenswilly will officially launch the policy at their first home game of the 2020 League game against Killybegs on March 29.

Glenswilly have added an appreciation to Fiona Boyle and Maresa McGettigan, the HSE Smoking Cessation Officers from Health Promotion and Improvement in St Conals, for their Support