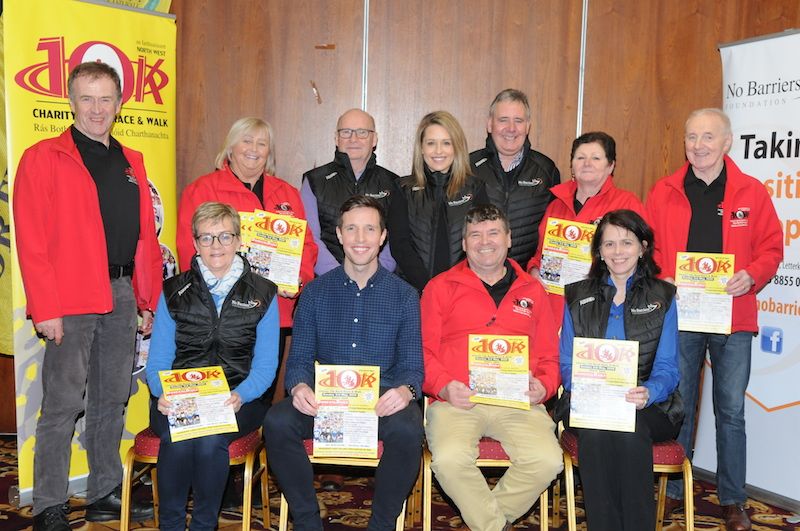 EOGHAIN McGinley says that the memories of walking in the former Rockhill 10k were his inspiration for taking up running.

McGinley is a three-time winner of what is now the North West 10k and he was the special guest at the official launch of the 2020 event this week.

The 24th North West 10k takes place on May 3rd at 2pm in Letterkenny.

As nine-year-old, McGinley walked the Rockhill 10k with his cousin.

“I saw the elite athletes coming past and that was something that inspired me to take up running, he told Donegal Daily/Donegal Sport Hub.

McGinley officially launched the 2020 race, the proceeds of which will be divided between the Donegal Diabetes Parents Support Group and the No Barriers Foundation.

The Letterkenny AC man said: “There is somethings special about the North West 10k. I run a lot of races around Ireland, but it doesn’t get better than the North West.

“There is a real sense of community spirit. It’s probably the most competitive of the races and it’s the one everyone would like to say that they’ve won. It was something I always tried to achieve. I came up short a few years, but it’s something to be proud of when you achieve it.”