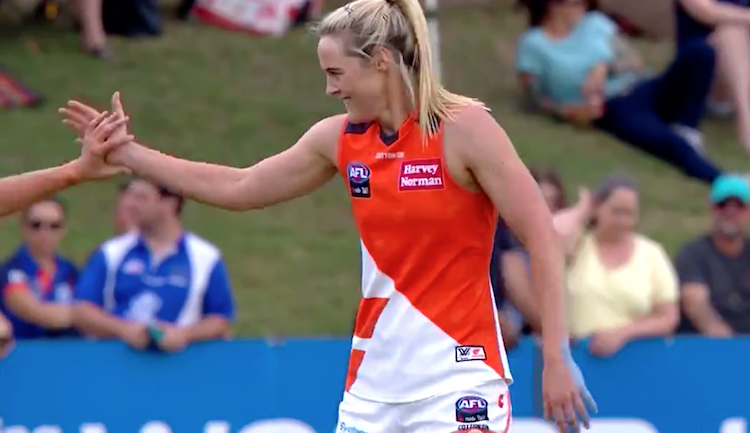 The Glenfin woman, who has been lining out with the Greater Western Sydney Giants, suffered ligament damage to her left ankle last weekend.

The injury happened during the first quarter of the Giants’ defeat to Brisbane at Hickey Park. Bonner actually finished the game and kicked a last-quarter goal.

“Unfortunately, as a result of the injury, she’ll probably muss the rest of the season,” Giants Head Coach Alan McConnell said.

The Giants are back in action on Saturday against Richmond.