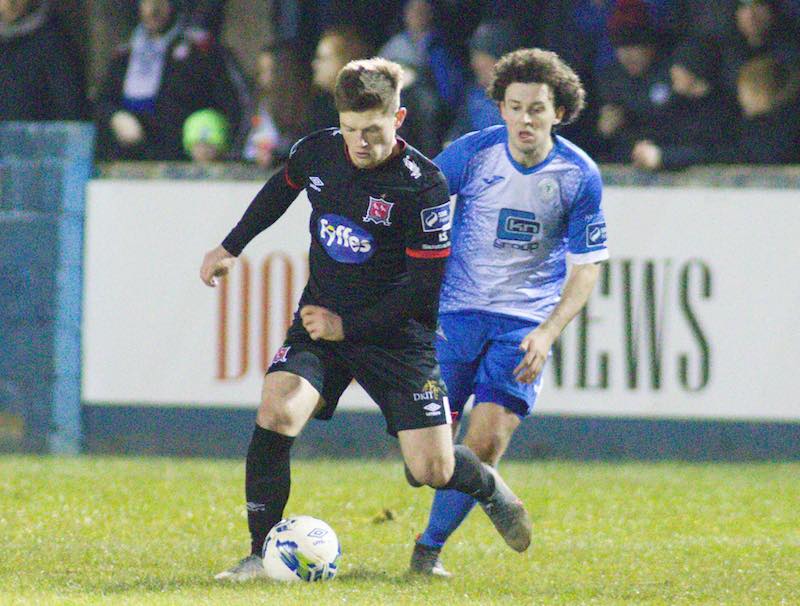 Hoban nets on the double as Dundalk see off Finn Harps

Hoban netted in each half, either side of a goal by Michael Duffy late in the first period, as Dundalk got back to winning ways.

Hoban’s first goal, in the third minute, came as a crushing blow for Harps and Greg Sloggett’s goal, Dundalk’s fourth, on 83 minutes, was the final nail.

While Ollie Horgan’s Harps had their moments and their chances, Dundalk ran out comfortable winners in front of a crowd of 1,582

In a mid-week press briefing, Horgan had stressed the need for Harps to stay in the game for as long as possible.

That plan went out the window after just 140 seconds when Dundalk hit the front. 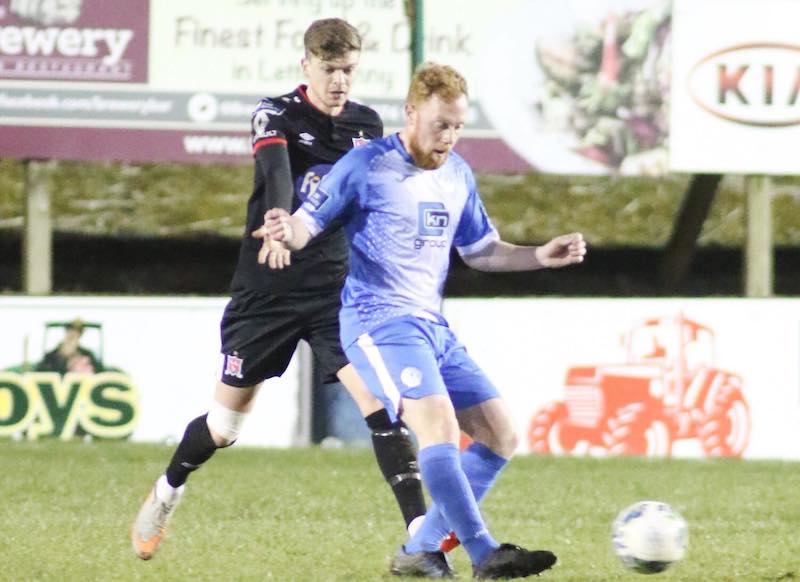 Even in the earlier moments, Dundalk’s purpose was clear. They broke the deadlock when Hoban’s deflected effort riffled past the helpless Mark Anthony McGinley after Michael Duffy’s surging run down the left-hand side opened the possibilities.

McGinley and Harps had not conceded at home since a 2-1 defeat by St Patrick’s Athletic in September (the only two goals leaked by Harps in Ballybofey after the 2019 mid-season break).

Harps soon warmed to their task and it took a fine save from Gary Rogers, the Dundalk goalkeeper, to thwart Mark Russell, whose right-footed curler looked momentarily destined for the top corner.

In a rare occurrence over his tenure as Harps boss, Horgan retained the same starting XI that began last week’s 1-0 defeat at Cork City.

However, Dundalk doubled the lead on 37 minutes. The champions broke hard on the counter. Duffy beat the offside trap when set clear by Hoban. Duffy unselfishly squared for Kelly, who struck the crossbar with the goal gaping. Duffy converted from the rebound as the visitors took a real command. 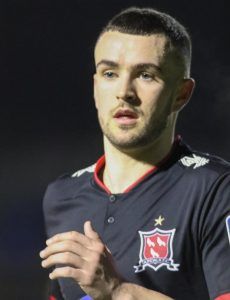 Flores, though, was left out of the Dundalk line-up here as Vinny Perth made two switches to the Lilywhites’ side that lost 3-2 in Tallaght with Kelly and Daniel Cleary drafted in.

Hoban put the game firmly beyond Harps six minutes into the second half. After McGinley beat away a powerful shot from Dane Massey, Hoban finished to the River End net.

In the opening minute of part two, McGinley had saved from Kelly as Dundalk turned the screw. 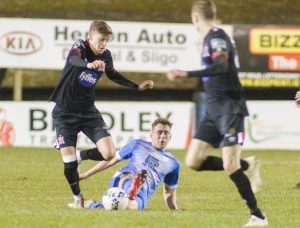 Harps almost pulled a goal back before the hour but, first Rogers did well to keep out Kosovar Sadiki’s header from a Barry McNamee corner. In an ensuing bout of tennis, Alexander Kogler’s header was cleared off the line by Sean Gannon.

Last Friday, Kogler had a goal controversially disallowed on his Harps debut in Cork – a decision that drew considerable ire from Horgan. 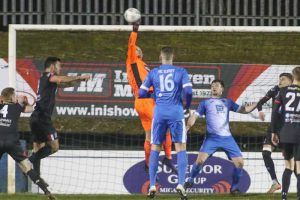 Seven minutes before the end, Sloggett slammed to the top corner after Duffy’s cross wasn’t dealt with to complete the rout.

Sub Stefan Colovic almost added a fifth, but the Serbian struck the base of the far post.