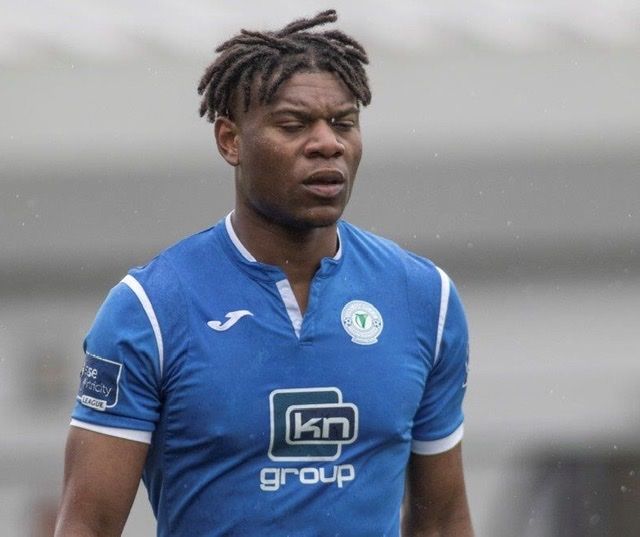 Igiehon (pictured by Joe Boland, North West Newspix) started for the Harps Reserves in a 2-1 loss to Cockhill Celtic in the bmcsports.ie Ulster Senior League.

Igiehon started up front alongside Cameron Saul, who was on the senior team bench last night.

The 26-year-old Englishman was registered with Harps in advance of last Friday’s game against Cork City, but has yet to feature on a senior match-day squad.

Stephen Duffy and Laurence Toland netted for Cockhill today in Strabane with Ronan Gallagher pulling a goal back for Harps.

While the Tommy Canning-managed Harps piled on the pressure, they were unable to draw level.