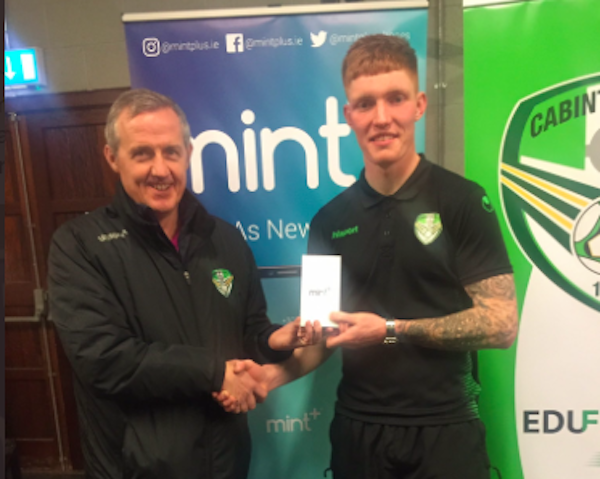 Carlin is Man of the Match as Cabinteely maintain perfect start

JONNY Carlin was Man of the Match tonight as Cabinteely continued their excellent start to the season.

Carlin has been in fine form so far this season, his second with the Dublin club.

The Killygordon man, who signed last January from Kildrum Tigers in the Donegal League, had injury trouble in 2019, but has returned with a bang.

Carlin almost headed Cabinteely in front early on, but he nodded wide from a Keith Dalton corner.

Carlin led the rearguard superbly on a night where he was joined by some family members, who watched on proudly as he was named Man of the Match after helping them to keep a clean sheet.

Cabinteely are riding high with three wins from their opening three games.

Carlin is Man of the Match as Cabinteely maintain perfect start was last modified: March 7th, 2020 by Chris McNulty