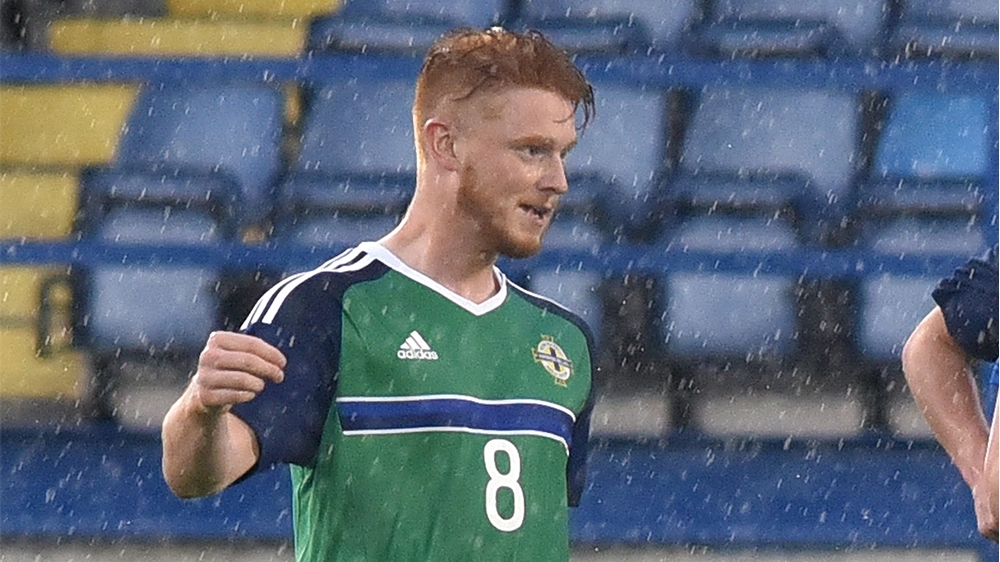 Dale Gorman on the mark as Newport win

DALE Gorman scored his first Newport County goal in a vital win for The Exiles today.

Gorman netted the only goal of the game at Rodney Parade with a delicious chip.

The Letterkenny man beat ‘keeper Christoffer Mafoumbi with a tidy effort on 69 minutes.

With 14 minutes to go, Gorman almost netted a second, but he was denied by a good eve from Morecambe goalkeeper Mafoumbi.

Gorman is on loan at Newport from Leyton Orient.

Newport are 15th in League Two after the win.

Also in League Two, Conrad Logan was an unused sub for Forest Green Rovers, who beat Swindon Town 2-0 away.

In League One, Stephen McLaughlin played the full 90 minutes as Southend United defeated Bristol Rovers 3-1 at Roots Hall, but Ronan Curtis and Portsmouth went down to a disappointing 2-0 away loss at Peterborough United.