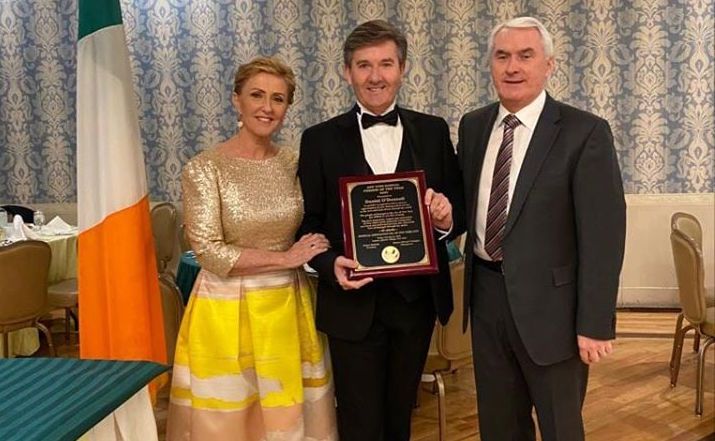 Daniel is awarded New York’s Donegal Person of the Year

Daniel O’Donnell has been named the New York Donegal Person of the Year.

The singer was represented with the prestigious award at the St Patrick’s Dinner at Antuns in Queen’s village last night (Fri).

Daniel was accompanied by his wife Majella for the black-tie occasion.

The singer was inundated with messages of congratulations on his Facebook page by fans after he received the award.

The Kincasslagh man is expected back in Ireland next week when his close friend and TV personality Noel Cunningham will be awarded the Dublin Association’s Donegal Person of the Year.