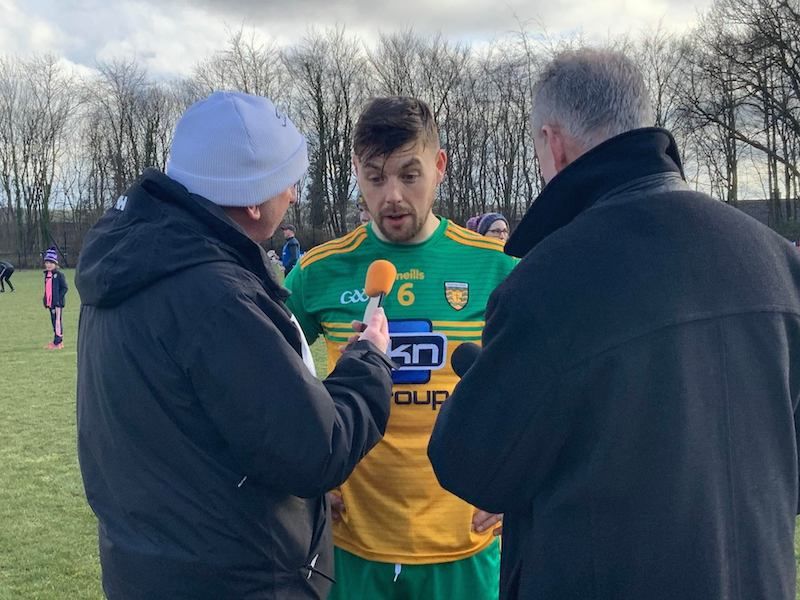 DONEGAL captain Sean McVeigh says his men put their bodies on the line as they overcame Armagh in the Division 3A final at Carrickmore.

“We’re on the back of a losing run last year and sometimes that’s hard to get over,” McVeigh (pictured above by Coilín Duffy) told Donegal Daily/Donegal Sport Hub.

“We’re delighted. We didn’t panic. We tried to figure it out on the pitch and we did that, especially in the last 10 or 15 minutes.”

A couple of times in the second half, Tyrone pegged back the deficit to a point, but Donegal rallied again to seal the win.

McVeigh said: “The second half was extremely tough. The breeze picked up and Armagh launched every ball down onto our square. It felt never ending, but we dig deep and men put their body on the line. Armagh were going to throw everything against us with the breeze, but we dealt with it well.”