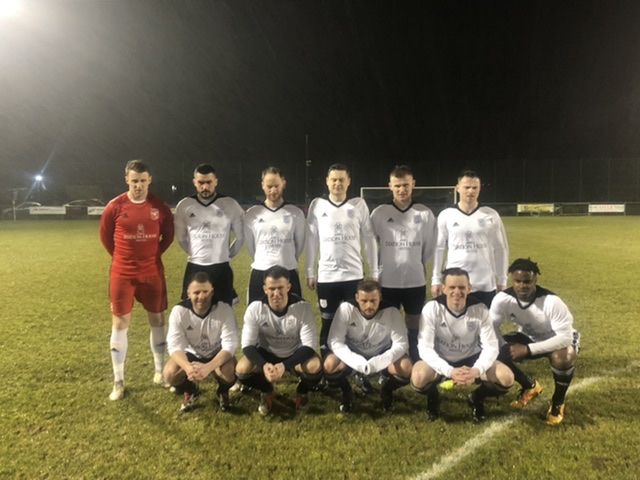 An early own goal, via a Lee Toland corner, put Rovers on their way while Kevin McGrath and Ryan Lonergan added goals for a comfortable win for the Cathedral Town men.

They were in front after jus seven minutes when a Toland corner was deflected past goalkeeper Eugene Ferry off a defender.

Already rocked, Bonagee were dealt a further blow when defender Packie Mailey was forced off injured on 21 minutes.

Rovers piled the pressure with a second goal when McGrath slid in to covert from Banda’s testing ball into the danger area.

Late in the first half, Micheál Doherty’s effort from distance was deflected wide.

Early in the second, Doherty cracked against the far post as Bonagee sought a way back.

Merritt was thwarted by Ferry as Rovers turned the screw against the holders of the Cup.

However, it was game, set and match when Lonergan netted after Jonny Bonner’s initial shot was saved by Ferry.

Banda might have added a fourth when put in by Bonner but again Ferry saved.

At the other end, Ryan Rainey drilled over the top from long range.