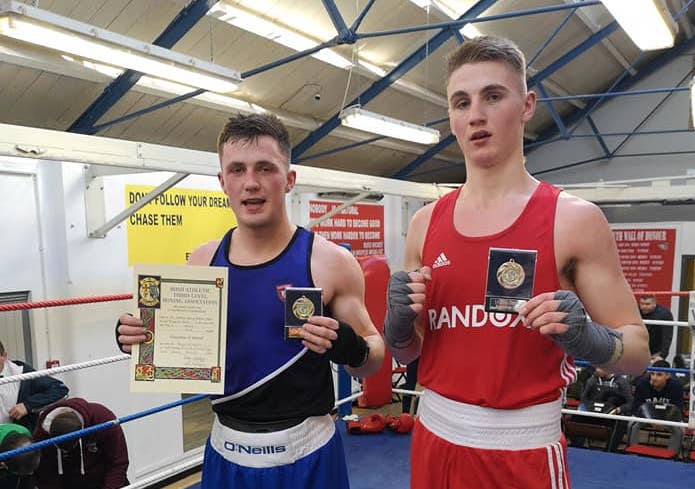 Bryan McNamee (pictured above), Matthew McCole and Rosemary Doherty were toasted victories in their respective grades at the National Stadium in Dublin,

McCole, who missed out on an Ulster Elite crown a couple of weeks ago, won the welterweight title.

Carndonagh native Doherty, now boxing for St Francis in Limerick, saw off Dawn Byrne in the women’s welterweight final. Doherty is a student at University of Limerick.