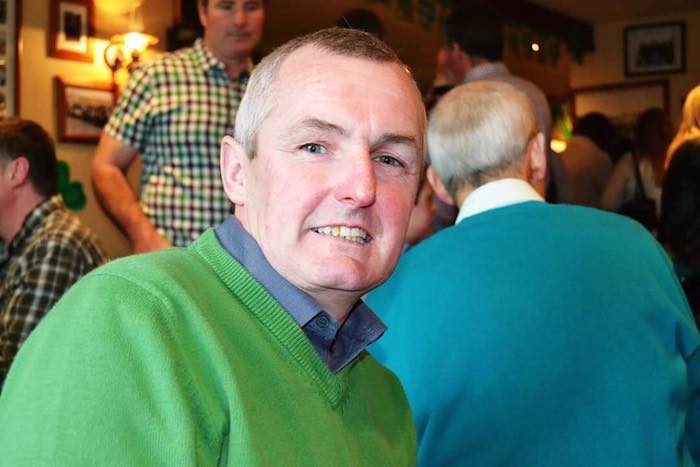 Conal slipped away, surrounded by family members, at the Donegal Hospice following a short illness.

He was involved in every aspect of Arranmore.

A leader in the local Scouts in the 1980s and 1990s, he was a long-time fisherman and was the Chairman of the Irish Farmers Association’s branch on Arranmore.

A number of years ago, he was instrumental in forming a Gaelic football team and he guided an All-Ireland Islands win in a tournament held on Arranmore in 2014.

It was at Rannagh Park, the home of Arranmore United FC, where Conal was perhaps best known.

Conal was among the founding members of the club in 1987 and was there all the way, in the good and not-so-good times.

Arranmore United FC paid a touching tribute to Conal in announcing his death.

“Sometimes in life we come across someone who embodies all that is good and we at Arranmore Utd were lucky to have that someone in Conal,” the club said.

“He was the one constant in our club and his legacy will remain as long as there is football played in the Rannagh.

“He not only carried his illness with dignity and courage but in a very special way he somehow made it easier for us all to accept the inevitable. That is a special special gift.

“We as a club will never forget what Conal has done for us and in the coming days and months we will endeavor to comfort his broken hearted parents and family.”

Conal died just two weeks to the day after he made a poignant, final visit back to the island, where the community gathered in huge numbers at Rannagh Park to honour him.

Just days earlier, doctors at St James’ Hospital in Dublin, where he had been undergoing treatment, relayed the news that his illness was terminal and his time was short.

Conal expressed a dying wish to make a last trip to his beloved Arranmore,

Fellow Arramore stalwart Jerry Early enlisted the help of others, including Conal’s brothers and helicopter pilot Eoin Burke, who is married to Conal’s niece, and the island rallied.

“It was heartbreaking, but it was lovely,” Mr Early said of the day a fortnight ago.

“The only thing that Conal wanted was to get home. He was under no illusions, but he told me he was coming home and said to me: ‘Organise it!’. He was totally lucid and he wanted everyone out.”

Conal was presented with a Services to Football Merit Award by the FAI just three years ago in 2017.

Several groups made presentations to Conal two weeks ago on a surreal sort of day.

Arranmore United added: “We are so thankful that Conal made it back home one last time two weeks ago today and that he got the chance to see just how much we as a club but also as a community revered him.

“We are a Sad club today but also a proud club that we had Conal Kavanagh as a cherished part of us.”

Conal’s remains will be reposing in McGlynns Funeral Home today Monday from 2pm to 4pm with removal for the 4.30pm ferry going to his home in Aran Mor.

Funeral arrangements to be confirmed later.

‘A cherished part of us’ – Death mourned of Conal Kavanagh on Arranmore was last modified: March 9th, 2020 by Chris McNulty