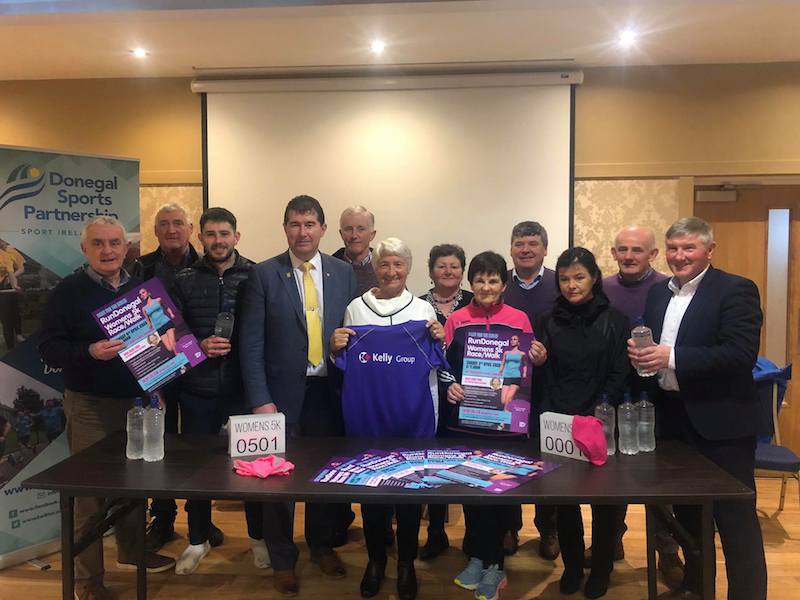 THE MEMORY of Brid Carr continues to inspire, six years after the Glencolmcille woman died from ovarian cancer in 2014.

A PhD student in Cork at the Cork Cancer Research Centre has had another year added onto her research work after benefitting from a scholarship part-funded by the Brid Carr Fund.

The Brid Carr Fund will again be the beneficiary of the 2020 RunDonegal Women’s 5k walk and run. The event, hosted by Finn Valley AC, raised €7,500 for the fund last year and this year’s staging takes place on April 5.

At this evening’s launch of the 2020 RunDonegal Women’s 5k, Patrick Carr, representing the Carr family, said the fundraising has been ‘really beneficial’.

“The doctors in Cork are doing amazing research,” he said. “The research has been really beneficial and has collect vital research and development information for ovarian cancer treatment. The work they are doing is tremendous.”

Rosemary Foy, a sister of the late Brid Carr, said the family were invited to see the work being undertaken in Cork.

She said: “The scholarship finished, but they agreed to fund another year, which started just before Christmas. We are delighted to benefit from the RunDonegal Women’s 5k again. This will be the fourth time and it has been really, really good for us.”

Ms Quinn has studied a possible link between autophagy, which is a process that cells use to cope with damage and stress, and the treatment of the disease.

Chairperson of the RunDonegal Women’s 5k, Grace Boyle recalled how the event started as a small get together in 2005. 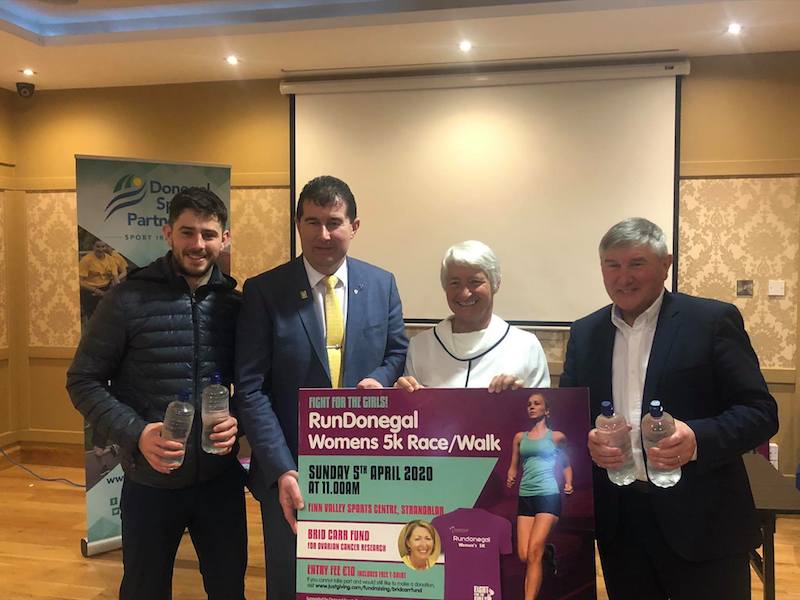 “We used to do 5ks around Donegal and if there were ten women in the race it would have been a surprise,” Ms Boyle said.

“We wanted to do what we could do to engage more women. We started off with a 3k and we’re very proud of the fact now that there are more women than men competing in the 5ks.

“We kept with it as a fundraising vehicle and involved women’s charities and women’s issues every year. We love to see women involved in sport. We take great pride that the money raised goes straight to the charity.”

“I am hugely honoured to be here for the launch, my first official function since the weekend,” the former Donegal senior ladies manager said. 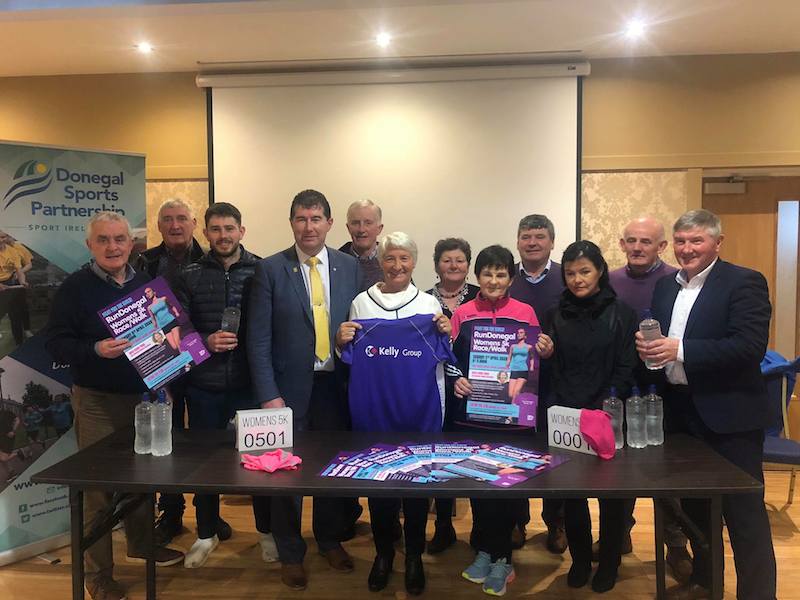 “I couldn’t think better cause than the Brid Carr Fund.

“More people now are taking part and hopefully the Women’s 5k in 2020 achieves the ambition of getting the numbers.”

Brid, a nursing sister in Great Ormond Street Hospital, was misdiagnosed on a number of occasions, before she passed away in 2014.

This year, Tim Kelly of the London-based Kelly Group, is sponsoring t-shirts for competitors while Martin McHugh of MCM and Declan Gallagher from Ocean Knowledge are sponsoring bottles of water for the participants. Donegal Sports Partnership are on board sponsoring pink neck scarves for each participant.

Another of the organisers, Bridgeen Doherty, said: “We like to keep money relative to local women’s or family charities. It’s women power: Women getting bend women.

“The money goes back to the community and acts as a vehicle for women to support women. This can be the launchpad for women in sport. It is a great identity to build on. Jogging and exercising are a great base for anyone starting off in sport.” 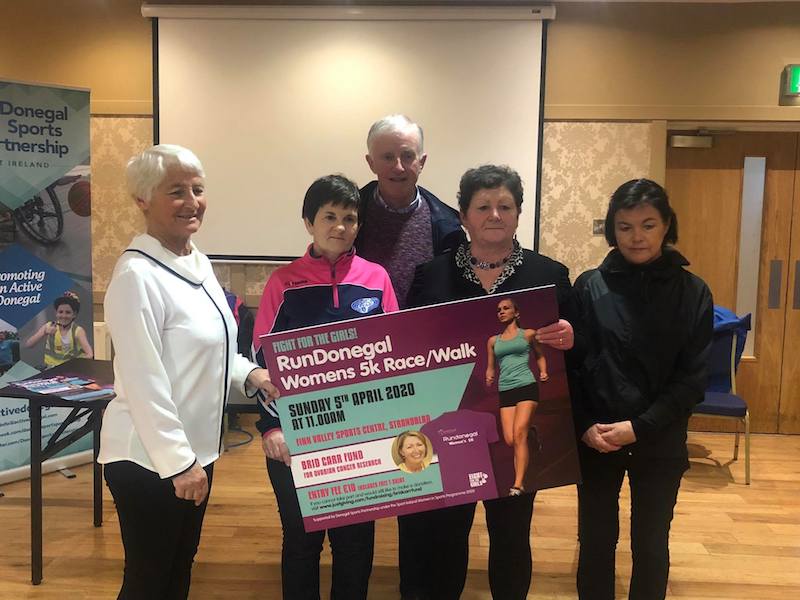 “This began in 2005 with girls from Loreto going out and you wondered if it would survive. It has survived and it has got even stronger.

“The big plus is the money raised for charities. We are delighted as a club to be associated with the event and with the memory of Brid Carr.

“The simple tag that we’re putting on the event is: Fight for the Girls!”