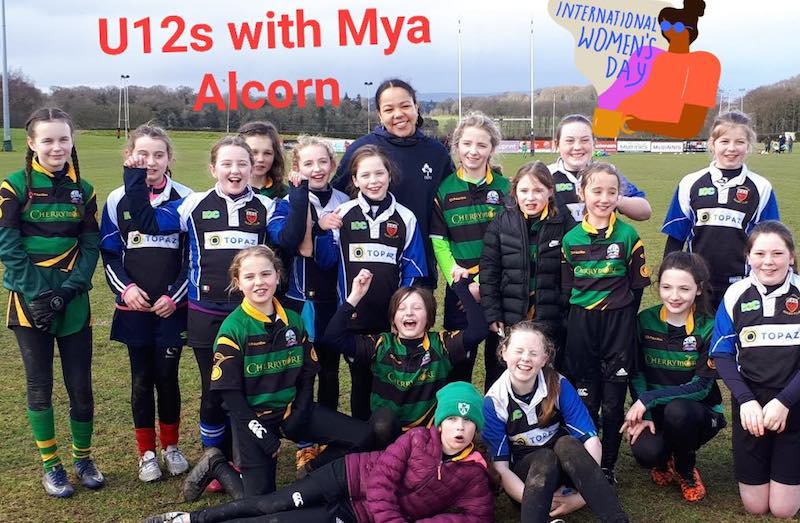 Joining up with Innishowen, the under 12s won all their matches with virtually everyone on the score sheet.

Some of the younger members really made their presence felt with the Laffertys and the Halls prominent.

Sophie Magee and Caitlin Walden tackled like demons, the two McGlynns playing their part. These girls have turned up in all weathers for coach Allen McCrea and their talent is really beginning to show, with their tackling and rucking first class.

The under 14s also joined up with Inishowen to play a 10 a side competition and between them they won 3 out of 5 matches against Randalstown, Armagh and Limavady.

Having just come up from U 12s rugby these girls were pure class with Roisin Toye, Loise Boyce and Jessica Patton all scoring tries Both Kyisha Harkin and Callie put in strong shifts, especially in the closing matches With Grace O’Connor star of the show with some brilliant tackling.

The teams met up with Mya Alcorn, Donegal’s flying winger who plays for Ireland U18s and is part of the recently successful Ireland Sevens Squad.

Rugby in Finn Valley is really beginning to take off, with more than 30 out training on a Tuesday night and Saturday morning between boys and girls u14 and u12.

The club has appealed for assistance in coaching the teams. Anyone interested is asked to get in touch with Allen McCrea.