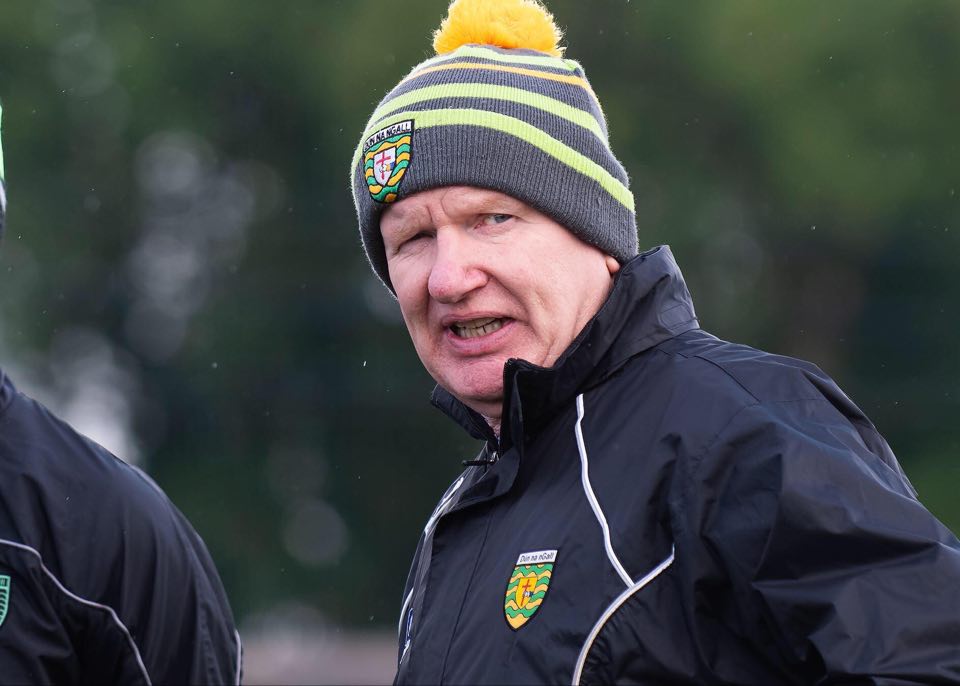 It’s business as usual for Declan Bonner despite coronavirus fears

Although a raft of sporting fixtures across Europe are to be played behind closed doors and events such as St Patrick’s Day parades have been cancelled, the GAA has yet to issue an official directive on the playing of its matches.

Donegal are set to play Tyrone in Division 1 this weekend and there is not, as yet, any danger of the games being called off.

“I think this weekend’s matches will be fine, but it depends on the next week, what will happen after that,” Bonner said.

“This weekend’s games will be fine, but it all depends on how many new cases show up.

“Every station you turn on, it’s being spoken about. We can only deal with what’s in our control and that’s training for the match on Saturday.

“Listen, everything else is being closed down, maybe it wouldn’t be the smartest move. It is what it is. We can’t get bogged down too much in it. We have two big games and that’s what we’re looking at.”

A total of 10 new cases of Covid-19 have been confirmed. There are now 34 cases in the Republic of Ireland plus an additional 16 cases in Northern Ireland. To date, in excess of 1,700 tests have been carried out.

Donegal’s game against Tyrone in Ballybofey on Saturday night is set to draw a bumper crowd with the counties set to meet in the Ulster SFC on May 17.

Bonner, who is in close contact with team doctor Mr Kevin Moran,  said: “We can’t just say: ‘Lads, you have the next four weeks off because there is a possibility of no match’.

“All our plans are geared toward May 17 and we’ll just have to go with that.

“No-one knows what will happen in the next week, fortnight or month. There might come a stage where a decision will be made, whether that’s at the end of the League or after the League, we don’t know.”

Bonner is not in favour of GAA matches being played behind closed doors.

He said: “Naturally enough you want people to watch the games.”