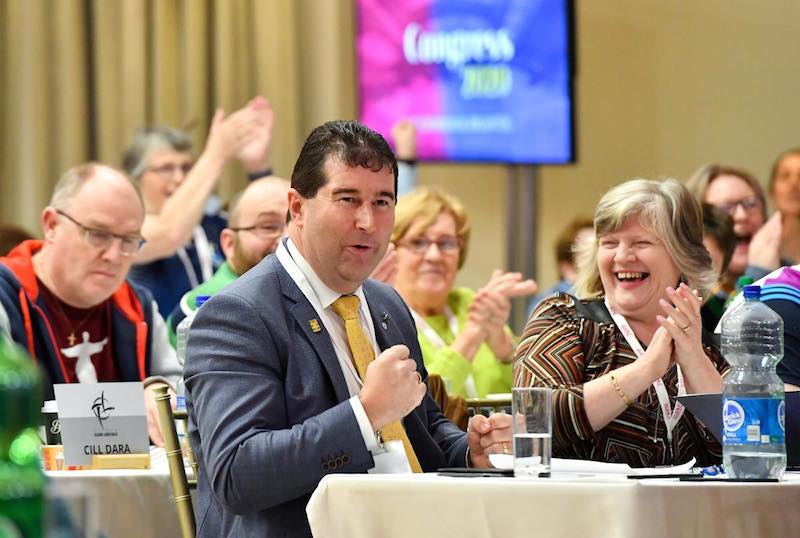 MICHEÁL Naughton has told of his immense pride at being voted in as the President-elect of the Ladies Gaelic Football Association and outlined a five-point plan for his Presidency.

Former Donegal senior ladies manager Naughton, who is a former Ulster LGFA President, created history in being elected on the first count after obtaining 70 votes a Sarurday’s Congress in Galway..

“To say that I’m overwhelmed would be an understatement,” Naughton told Donegal Daily/Donegal Sport Hub.

“I got very good vibes, but to you just never know. I am hugely honoured and I’m delighted that people have put this faith in me. I hope I can deliver in spades for them. I am really chuffed because ladies football has been very good to me.”

It is ten years since Naughton guided the Donegal Ladies to an All-Ireland Intermediate final win over Waterford while he was manager four years ago when Donegal won a Division 2 League title.

He said: “The best day of my life until last Saturday was the All-Ireland final of 2010. Those were things you dream of.  The people of Donegal gave me the chance first of all to get involved in ladies football.”

Naughton noted the ‘huge strides’ being made by the LGFA, pointing to the record 56,000 attendance at the 2019 All-Ireland Ladies SFC final, while mentioning the importance of double-headers with men’s games. For example, Donegal ladies will face Tyrone in the Ulster Championship in May as a curtain raise to the Ulster SFC clash of the two men’s teams.

For his Presidency, Naughton is targeting five key areas in which to make an impact: Rural clubs and volunteers; more integration with the men’s association; welfare of players; working with the GAA’s international bodies; and increased integration with schools and colleges.