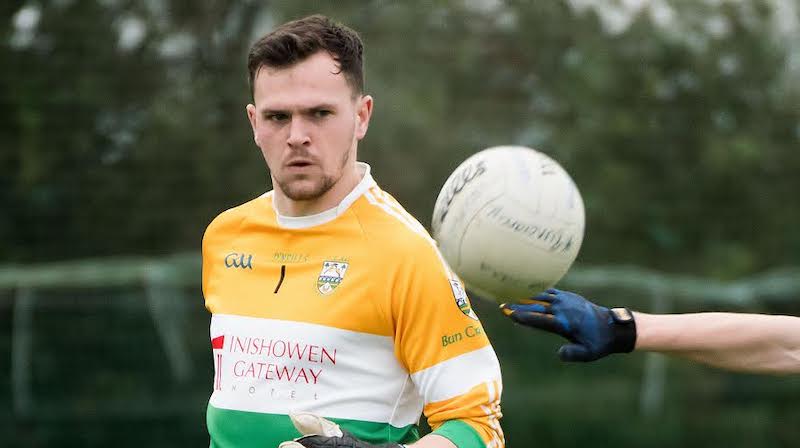 LINFIELD Football Club and the Northern Ireland Football League are to investigate claims that Buncrana goalkeeper Harry Doherty was subjected to sectarian abuse at the weekend.

Doherty’s club Carrick Rangers allege that Doherty and team-mate Caolan Loughran were subjected to a sustained period of sectarian taunts during a game against Linfield at Taylor’s Avenue.

Doherty and Loughran were sent off by referee Tony Clarke after the game when they reacted to the crowd.

Niall Currie, the Carrick Rangers manager said after the game: “I don’t think there’s any room for those types of comments anywhere.

“As I said, I’m not supporting the players’ reactions in any way. Caolan reacted wrongly and Harry’s in the same boat. Ultimately, you’ve got to rise above that.”

In the aftermath of the game, Currie called for action.

He said: “If anybody wants to deny that it happened, they can – but there was a guy on a tannoy shouting abuse at our goalkeeper for 45 minutes.

“I heard, my coaching staff heard, it was talked about in the dugout while the game was going on, we were all turning round and saying ‘is he really saying what we think he’s saying?’.

“It’s something that certainly needs confronted – if one person comes out with any comments like that then they should be ejected from the ground. There was one guy standing with a microphone making these comments for 45 minutes – to me, that’s easily sorted. He should’ve been ejected from the ground the first comment he made, but unfortunately that didn’t happen.”

Linfield issued a statement in which they expressed ‘surprise and disappointment’ at the allegations.

“This club is unaware of the evidence of any sectarian abuse being directed by any of our supporters,” Linfield said.

“The club will initiate an internal investigation upon receipt of the match reports from both the referee and the match delegate.

“Linfield Football Club is totally opposed to sectarianism and all forms of discriminatory behaviour and abuse.”