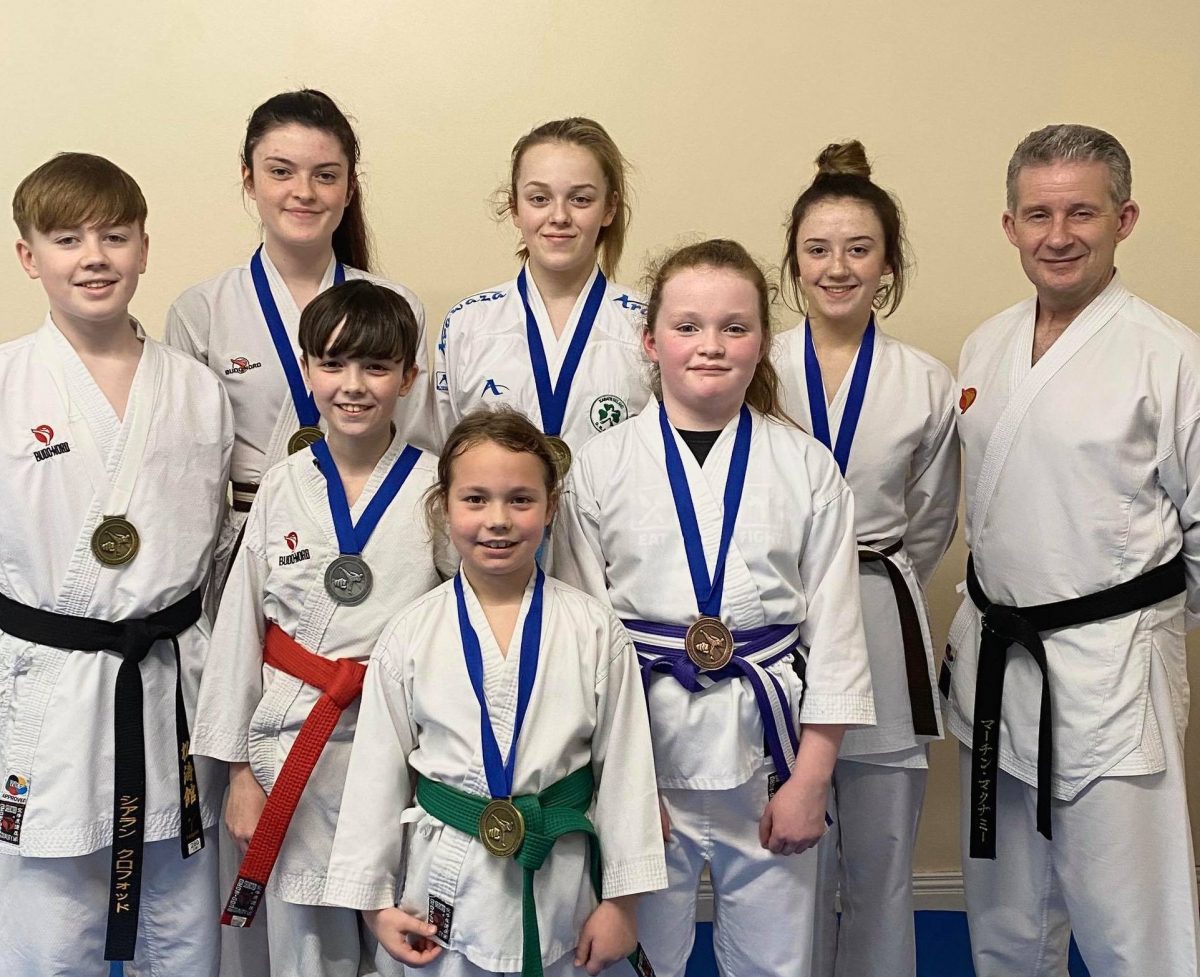 THE Three Rivers Karate Club had super success at the weekend, competing in the IKKU Championships in Dublin.

Nine members of the Lifford-based club made the journey.

Three Rivers competitors came back to Donegal with seven medals, leaving them fourth overall in the table – a fantastic achievement for a small club in the north west.

Three Rivers Club is open to new members. Coach Martin McNamee welcomes all and the beginners classes take place on Monday and Wednesday evenings at 6.30pm in the Lifford Resource Centre.