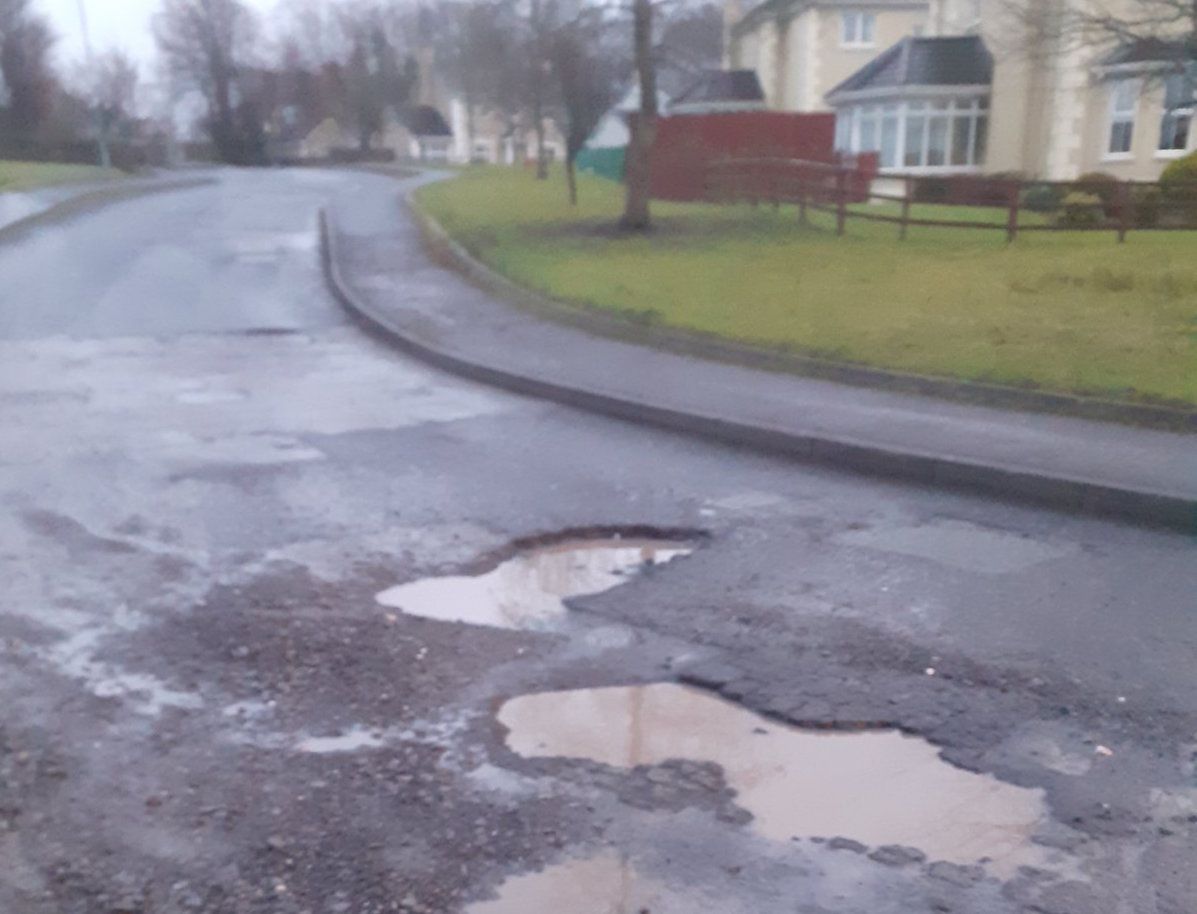 Motorists on a Ballybofey housing estate are being forced to drive on footpaths because of huge potholes on the roads of the estate.

Local residents say they simply have had enough of the potholes on the roads of The Beeches estate.

A resident of the housing estate said they have been left in limbo because they don’t know who to complain to over the condition of the roads.

The woman said they have contacted Donegal County Council but have been told the estate is not their issue as it is a private estate.

She said “Residents are angry at the state of the road throughout the whole estate. Cars are now mounting the footpath to avoid driving into potholes.

“Young children are playing on near these footpaths and it is an accident waiting to happen.

“Residents are paying the road tax and property tax in this estate and some have had to replace tyres over the past few weeks.”

The woman said they have been trying to find out who exactly was the contractor who built the estate and if they will take responsibility for the roads.

Motorists forced to use footpaths on Ballybofey estate because of huge potholes was last modified: March 15th, 2020 by Staff Writer