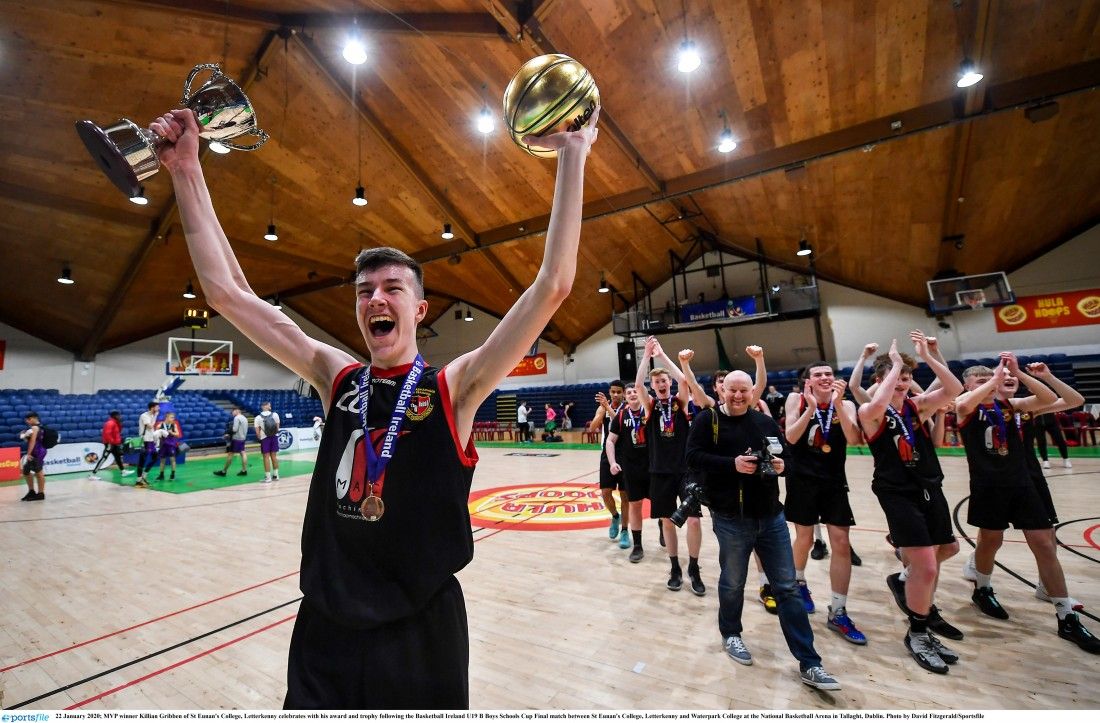 A DONEGAL player is among the 16-strong Irish Under-18 basketball squad that was announced this week.

The Irish squad is hoping to take part in the European Championships this summer. although the sport – like most others – is in lockdown mode at the moment for the next couple of weeks at least.

Gribben, a student at St Eunan’s College, lines out for Letterkenny Blaze and LYIT Donegal.

Having made waves with Blaze at St Eunan’s teams, Gribben broke through to the LYIT Donegal side that competes in Division One of the National League.

A number of stellar performances with LYIT Donegal saw Gribben gain prominence and he is the sole Donegal representative on the Irish Under-18 squad, which will be whittled down to a final group of 12.

In January, Gribben was the MVP as St Eunan’s College defeated Waterpark College in the Basketball Ireland U19 B Boys Schools Cup final.

“I don’t think we have ever had a squad this deep for as long as we have for this group of young men,” Kelleher said.

“It is a testament to the entire squad of players, their clubs and schools that we have such a depth of talent for this generation.

“We could have a number of players who were not selected to move forward with the programme, but could just as easily have been selected to the 16 players.

“We are now in a privileged situation for the second year in a row, where we have the majority of our players significantly involved at Super League level and this can only benefit us for the future.”