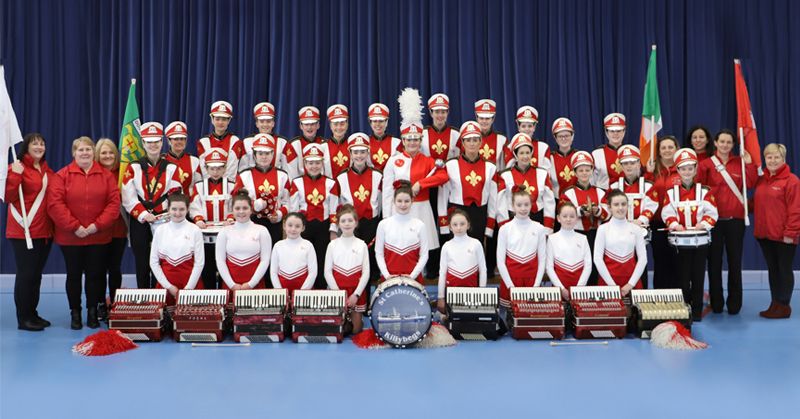 Travel agents come to the rescue after band’s €130,000 dilemma

A Donegal band is singing the praises of their travel agents after the covid-19 outbreak left them facing a severe financial loss when their travel plans fell through.

St Patrick’s Day was supposed to be a proud event for St. Catherine’s Band Killybegs who were due to fly to New York this morning to take part in the annual parade.

But their plans were thrown into chaos when the covid-19 outbreak led to the parade being cancelled.

By Thursday, the band agreed that it was in the best interest of their community to not travel to the US this week. However, the decision meant that they would lose over €130,000 in shared travel costs.

“No price could ever be put on the health and welfare of their members, families and community but the financial loss would have a massive impact on everyone involved,” said Killybegs & Maghery Band’s drill instructor Annemarie O’Donnell.

The team at Liberty Travel quickly emerged as knights in shining armour for St. Catherine’s Band. Travel agents Paul Heuston and Carolyn Davis were on the case immediately to see what money could be salvaged.

Their flight was still due to take off today, so the reality was if they did not fly their booking would not be refunded.

“Everyone was hoping that a travel warning would be issued to assist their hope of a deferral and even as online booking policies were being altered none were covering the band’s concerns,” Annemarie said.

Paul and Carolyn worked tirelessly to contact suppliers and Friday 13th became a lucky day for all after Paul was able to confirm a deferral for the group was possible and at no deferring fee.

The only charge that may stand is the price difference for future rates which will be minimal in comparison to charges that could have been held over them.

The band are hopeful that they will be able to cover these costs and will cross this bridge when they get to it. But for now they are able to have some silver lining to this extraordinary ordeal.

“This was an amazing result and relief for all the families involved and would not have been possible without Liberty Travel’s input,” said Annemarie.

“The band are very thankful for everyone’s support and now can concentrate on working with the wider community at keeping this virus at bay.

“Liberty Travel are likely inundated with travellers in despair but we hope that people understand they are doing their very best by everybody given these unusual circumstances.

“Thanks also needs to be given to Councillor Niamh Kennedy, TD Pearse Doherty and his office, Pat the Cope Gallagher and Councillor Noreen McGarvey who were all helpful with their advice and concern in assisting us and Liberty Travels efforts.”