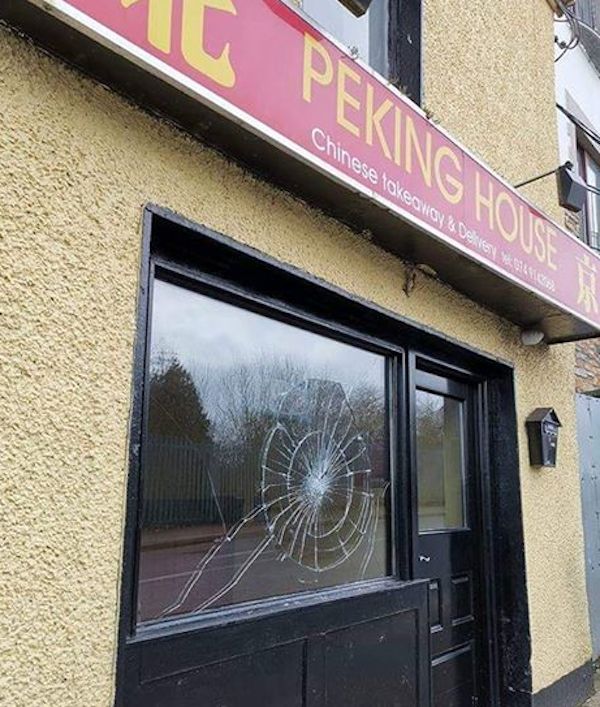 CONCERNS have been raised about heightening anti-community activity in Lifford following the latest act of vandalism at a Chinese takeaway in the border town.

The front window of the Peking House on Bridge Street was broken.

The takeaway, which is popular with locals, has been targeted previously.

“This is not the first attack on this particular business as they have been a target for this sort of vandalism in the past,” they said.

“It is unclear if the perpetrators are from the local community or from outside but whoever they are this criminal behaviour is unacceptable and unwanted.

“The hard working family who own the business, and who are well respected in the community, provide an essential service as they attempt to make a decent living at a time of deepening economic uncertainty.

“They do not deserve such an unwarranted attack.”

Separately, there has been strong condemnation of other anti-social behaviour in the Lifford area in recent weeks.

The Sinn Féin Cumann say that an elderly couple living in a local housing estate have been the victims of a campaign of harassment being waged by what they call ‘a gang of young hooligans’.

They said: “This campaign needs to stop immediately before serious injury occurs.

“In a separate unrelated incident a car was vandalised causing much distress to the car owner. To those who are about terrorising this community you are not welcome.”