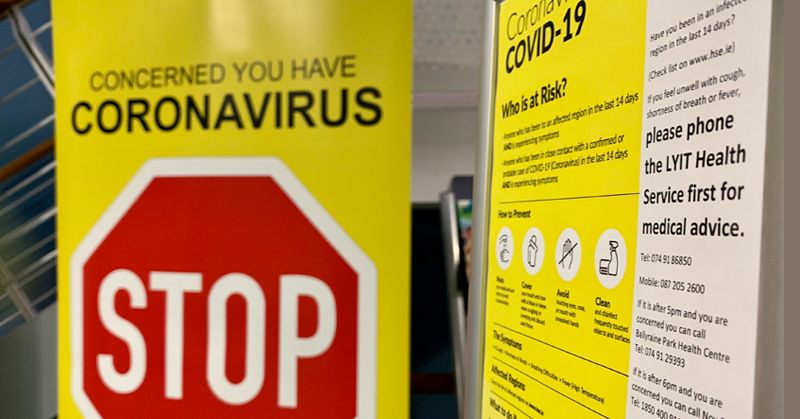 Forty more cases of Covid-19 have been confirmed in the Republic of Ireland today (Sunday).

The total number of cases in the country stands at 169.

In the latest update, the Department of Health confirmed that 25 cases are associated with the east of the country, nine are in the west and six are in the south.

Cases are due to be announced on a county-specific basis in the near future.

Forty-five new cases were confirmed in Northern Ireland so far.

In his latest update, Ireland’s Chief Medical Officer Dr Tony Holohan urged the public not to organise or participate in any parties in private houses or other venues for St Patrick’s Day.

Earlier this evening, the government issued an order to ask all pubs, including hotel bars, to close from tonight until at least March 29th.

Businesses across the country are also choosing to follow the guidance and introducing new precautionary measures in a bid to encourage social distancing to curb the spread of the virus.

No new cases of Covid-19 in the North West as 40 diagnosed nationwide was last modified: March 17th, 2020 by Staff Writer