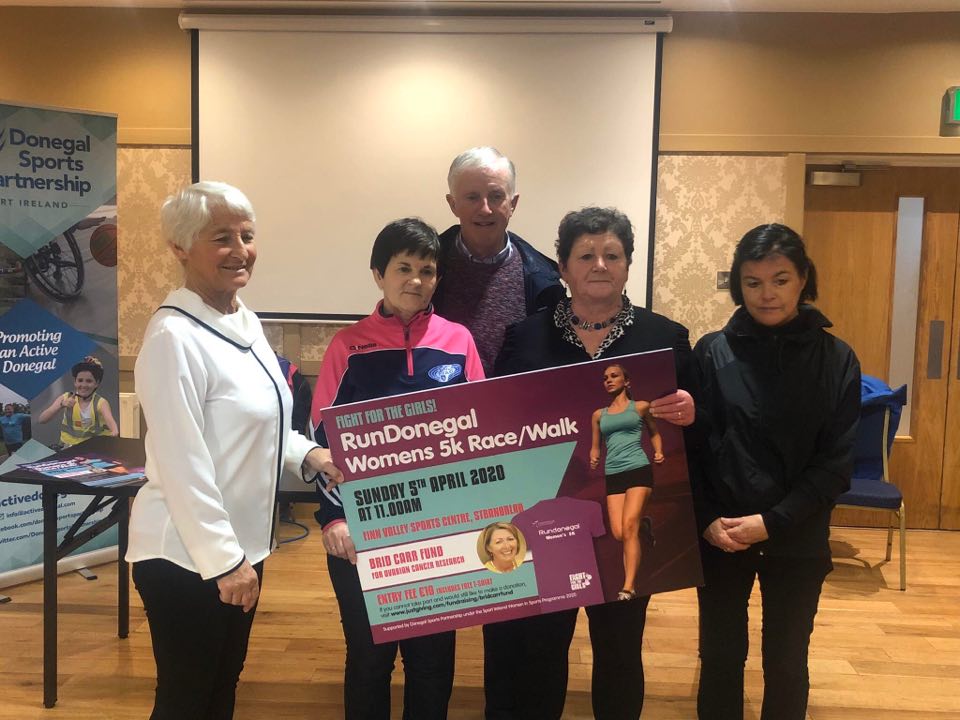 ORGANISERS have confirmed a new date for the 2020 RunDonegal Women’s 5k.

The popular race/run, which is held at the Finn Valley Centre, had been due to take place on April 5, but the event has been pushed back until Sunday, August 9.

The organising committee took the decision at the weekend to delay the event by four months due to the ongoing fears over the spread of coronavirus.

The official launch of the race took place last Monday and was performed by the new President of the Ladies Gaelic Football Association, Micheál Naughton.

The Brid Carr Fund will again be the beneficiary of the 2020 RunDonegal Women’s 5k walk and run.

The event, hosted by Finn Valley AC, raised €7,500 for the fund last year.

“The simple tag that we’re putting on the event is: Fight for the Girls!”