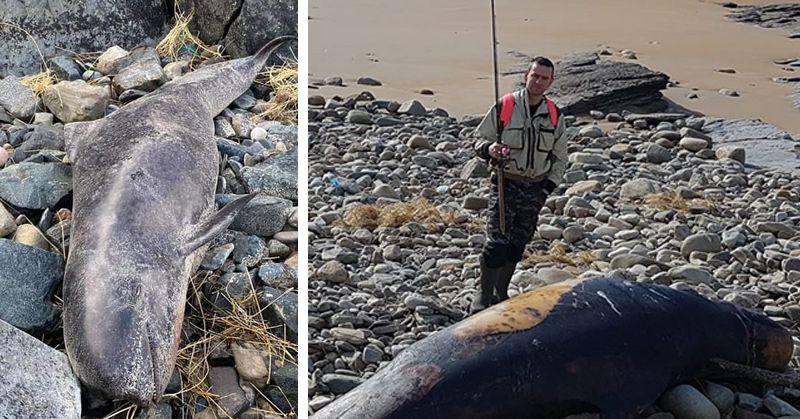 Questions are being raised after two more whales found stranded in parts of Donegal in recent days.

The carcasses of two pilot whales have been discovered in north and south Donegal this week, just days after two long fin pilot whales washed up in Bundoran.

The Donegal branch of the Irish Whale and Dolphin Group reports that an adult whale was found on the mouth of the Ballyshannon river.

Elsewhere at Horn Head near Dunfanaghy, a juvenile male whale was discovered with two small marks on its side and back, but in good condition overall.

Skin samples have been taken from the juvenile whale to determine if it belongs to a pod linked to another whale at Dooey Strand.

While one juvenile last week was found with a bruise and scratches, the cause of death is unknown in many of these cases.