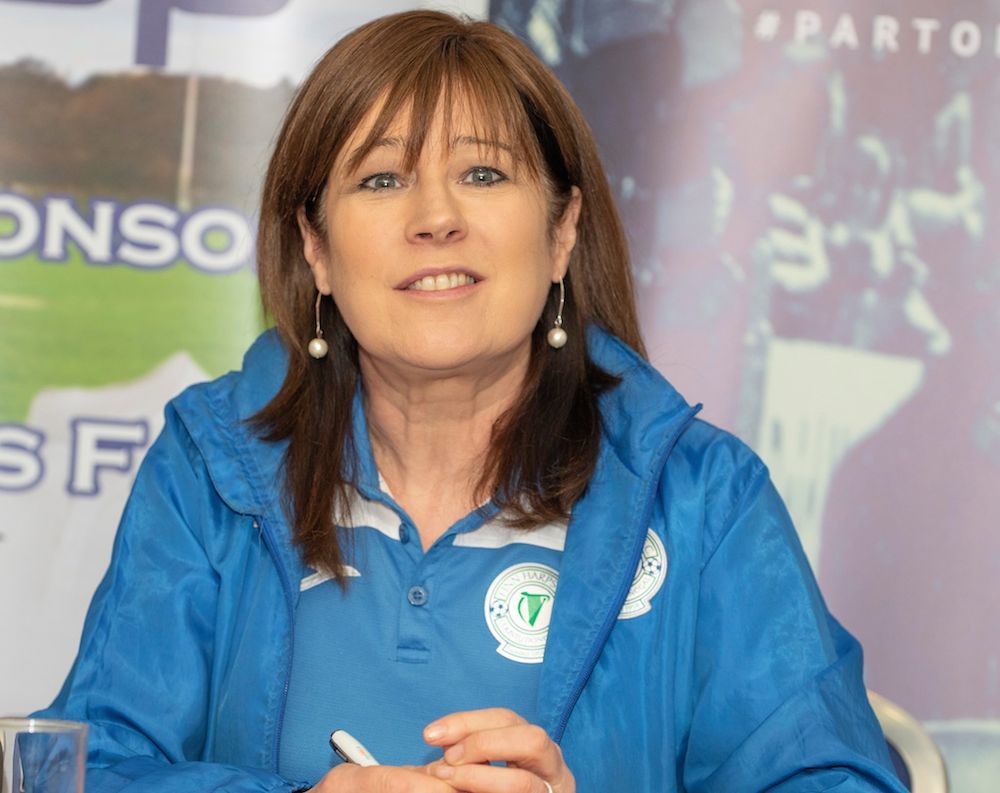 THE National League Executive Committee (NLEC) is to meet today as it attempts to find an agreed strategy going forward for the League of Ireland.

Football in Ireland has been on shut-down in a bid to halt the spread of the COVID-19 virus. An initial lifting of the suspension after March 29 now seems unlikely with the cessation set to continue for weeks.

Officials are exploring a date of June 6 as among the possibilities, but any such talks of dates are entirely dependent on ongoing reviews given the uncertainty around the possible escalation of the coronavirus crisis.

At world level, FIFA have mentioned the possibility of creating some class of hardship fund for clubs while the Government’s €203 weekly payments for full-time workers affected by the closure will be of use to some Premier Division players.

Finn Harps have a number of players on their books who come into that category.

“We are a football club, yes, but we are a small business too,” Harps secretary Kathy Taafe (pictured by Joe Boland, North West Newspix) told Donegal Daily/Donegal Sport Hub.

“Our employees are players who are on professional contracts and we have a duty of care to them.

“For us now, the small-business focus has to be sharper. We are no exception; we are just like every cafe and business that has its shutters down at the moment. We are of a similar size and a scale to a lot of them.

“It is a challenge, that’s for sure. At a time like this, we are a business first and a football club second. What we have to do is to look at the resources and make decisions on how best to make those last.

“The problem, for all clubs, is that we are making them last in a vacuum because it’s a complete unknown and the wise thing is not to speculate on time-frames.

“We are working with the NLEC, the Premier Clubs Alliance (PCA) and the PFAI (Professional Footballers Association of Ireland) and what we are doing is seeking advice that is relevant to all clubs. No club wants to incorrectly advise its players.”

The Harps Board of Directors met virtually on Monday and continue to liaise with the various bodies.

While there has been mention of all sorts of measures, including a complete wipe-out of the 2020 season, that would be very much a last resort.

Other suggestions have included scrapping the EA Sports Cup, potentially cutting a round of games from the schedule or, should the emergency prolong into the summer, possibly going into a truncated ‘winter’ season. Again, these are hypothetical scenarios with the calendar under a constant review.

“You have to be trying to make provisions for whatever number of weeks,” Ms Taffe said.

“We are still having to take it day-by-day. The one solid date that we have is March 29 and presumably there will be a re-evaluation regarding numbers and cases to see where we go thereafter.

“At the moment, we are awaiting advice, but every day feels like a week. We can’t say how long it will last and, like every business, you hope that staff will be understanding.

“It is unprecedented across the board and clubs are hoping to be able to ride it out.”

Any proposals tabled by the NLEC would have to be approved by the League’s clubs before being put before the FAI.

Harps players trained on Friday evening and were subsequently put on individual training programmes to work on during the shutdown.

Harps have suspended the club’s weekly lotto, while plans to roll out a new fundraising draw have been put on a temporary hold, although the relaunched 500 Club – which sees members paying €25 per month entered into a weekly draw – remains an option to maintain an income stream that has otherwise dried up through the cessation of games.

“We hope that football will be back soon and that absence will have made the heart grow fonder,” Ms Taafe says.

“The 500 Club is the one and only regular income vehicle that we have, but the primary ting is that everyone is safe and well. After all, this is a public health emergency. It would be insensitive of us to expect that we are at the centre of the universe. It is not good for us at the moment, but it’s not good for many businesses. People are losing jobs and the human part of this matters more than when we will be kicking a ball at Finn Park again.”