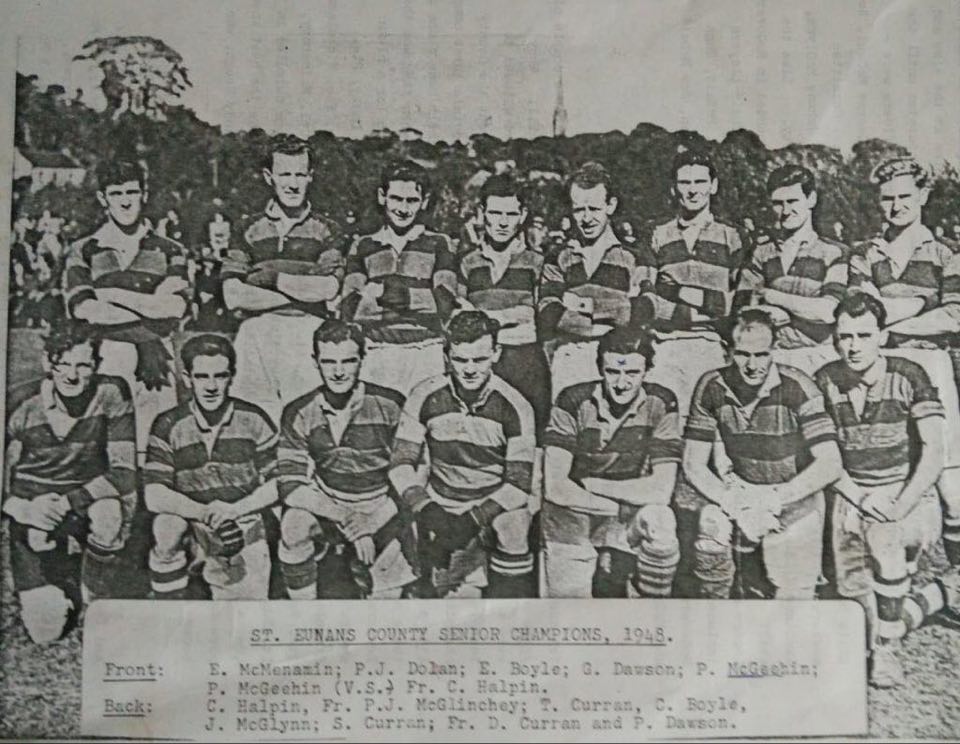 ST EUNAN’S GAA club is in mourning following the death of Con Halpin, the last surviving member of the 1948 Donegal SFC-winning team.

Halpin was a corner-back on the St Eunan’s side of ’48 that won the club’s first ever Dr Maguire – denying Gaoth Dobhair a five-in-a-row.

A famed goalkeeper, too, Con was part of the first ever Donegal team to play at Croke Park – in the 1952 League semi-final against Cork.

A Lagan Cup winner with Donegal, Con also won a SFC with St Eunan’s in 1956 before he emigrated to London, where he passed away at the age of 90.

In 2012 he was inducted into the St Eunan’s Hall of Fame and in 2017 he was present the club’s annual presentations, at which the team of ’56 was honoured.

“I will remember him fondly,” he said. 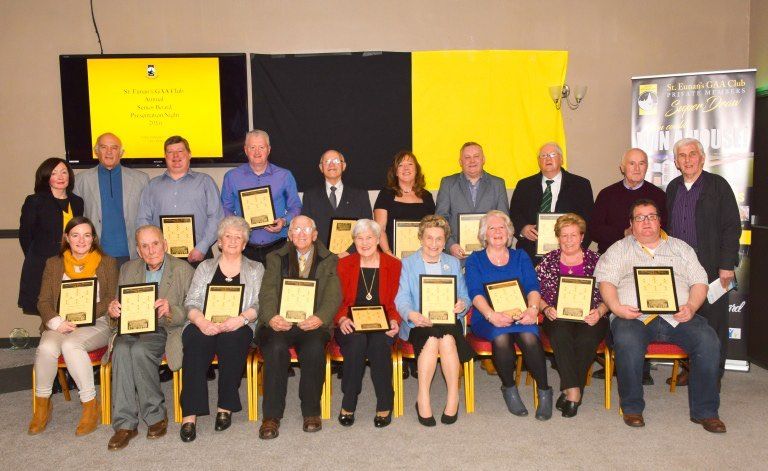 Con Halpin was back at St Eunan’s for the annual presentations in early 2017. Picture by Geraldine Diver.

In a statement on Twitter, the St Eunan’s club said:

“Unfortunately, yesterday we learned of the death of Mr Con Halpin, London. Con was the last surviving member of the first St Eunan’s team to win the Senior Championship in 1948. Con was inducted into our Hall of Fame in 2012.

Con was corner back in 1948. He was also a great ‘keeper and was in goals in the League semi-final of 1952 against Cork, the first time a Donegal team played in Croke Park.

Alas, in 1957 Con headed for London at the age of 26 and St Eunan’s lost a great player. Con was a teacher in London and always got the local papers to keep up to date with news from home.

In recent years, he was delighted with Donegal’s great success and often wrote to @123kav to congratulate Rory and all his team-mates.

He was in great form and was delighted to see his old team-mates.

We extend our sympathy to Con’s family. Ar dheis go raibh a anam.”