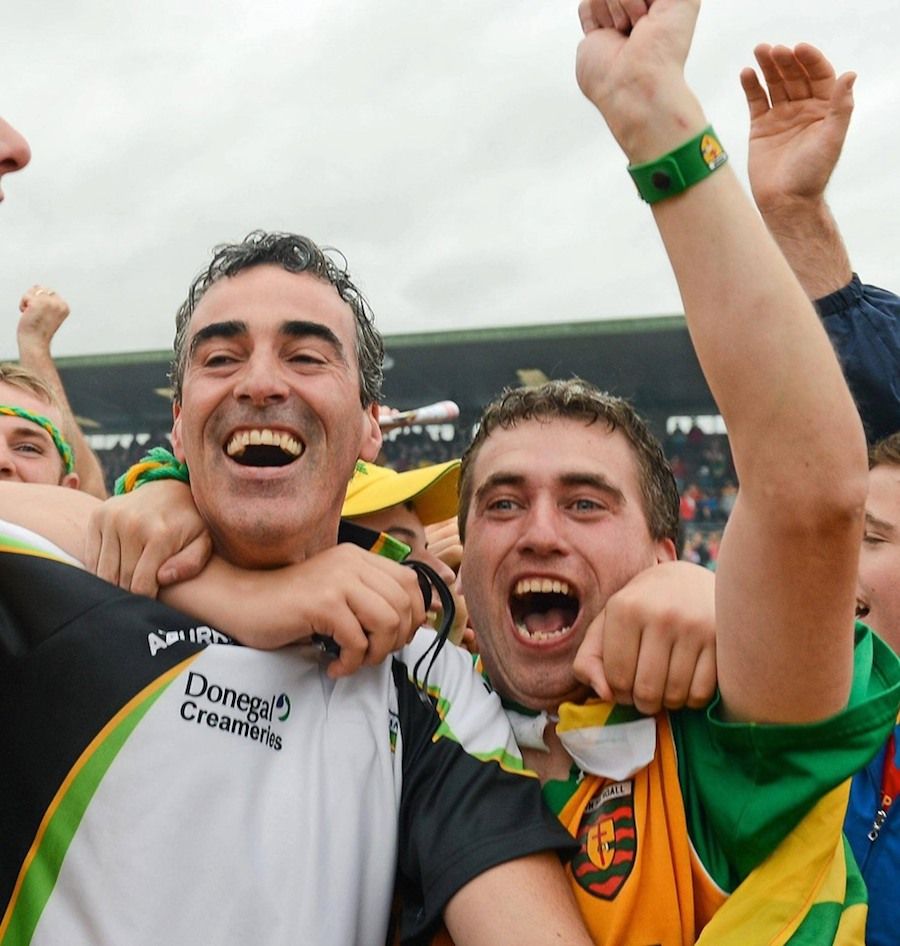 DURING these downtimes for sport, Donegal GAA fans can reminisce and reflect on some of their greatest days and memorable games thanks to one avid sports fanatic.

Carrick man James Byrne has been busy over the last year scanning his entire match programme collection – and has shared his work so far by uploading them for supporters to access free of charge.

So far, he has uploaded full programmes from 175 games!

The first Donegal match he attended was the drawn All-Ireland Under-21 final of 1987 against Roscommon and the second was the replay, which Donegal won.

“I have been scanning these over the past year and my plan was to have all online but with the current coronavirus outbreak I decided to upload what I have so people can enjoy them,” James told Donegal Daily/Donegal Sport Hub.

Some of James Byrne’s programme collection

“The older pre-1987 programmes and All-Ireland final ones, some were found in my granny’s house, while others were donated to me.”

James has fond memories of watching Donegal the length and breadth of Ireland and one game stands apart.

Like most others who were at Croke Park on that fabled September Sunday in 1992, when Donegal won Sam Maguire for the first time.

“The excitement in the build-up in the county, the buzz in Dublin in the days before it,” he recalls.

“I went up on the Friday morning and not really expecting to win. We were hoping more than anything, but to play so well in a match we could have won by more and the weeks of celebrations that followed, it will never be beaten.

“The 2014 comeback against Dublin in the semi-final comes second. Donegal were dead and buried half way through the first half and you could never have predicted what was about to happen.”

A programme from the 1992 All-Ireland final

During the early 1990s, James was part of a colourful group of Donegal supporters dubbed the ‘banana bunch’, in honour of the inflatable bananas they’d bring to games.

He said: “The atmosphere at matches was brilliant, especially behind the goals and being part of the ‘banana bunch’. The group brought a great buzz and gathered hundreds of fans together to create a great atmosphere. You only have to look at TV footage from back then to see the crowd and colours behind the goals at games.”

The best performance he muses was the second-half of the 1992 Ulster final when 14-man Donegal toppled Derry and life was about to alter for Donegal GAA’s landscape forever.

“That was a huge stepping stone,” James said.

“Back in 1989, I learned something that would repeat itself over the next few decades. We went to the Ulster final replay of 1989 fully convinced of a win against Tyrone, but we were well beaten. That repeated itself against Derry again and against Armagh a few times.

“If there was a back door in the early-mid 90s, Donegal would definitely have won at least one more All-Ireland.”

James, who is the PRO of the Kilcar GAA club, has also uploaded a raft of programmes from games involving the Towney club.

The first Donegal SFC final he watched was Kilcar’s 0-9 to 0-7 triumph over Four Masters in 1985.

A Finn Harps fanatic, who was a long-standing member of the Finn Harps Dublin Supporters Club, he said: “If you think that’s a lot you should see the Harps collection I have!”

James is on the hunt for programmes from the missing games to add his collection.

He said: “My plan is to trace the missing Donegal ones from 70s to 90s and get them online for everyone to view I’m probably missing a couple of dozen from matches I was at that were lost or mislaid.”