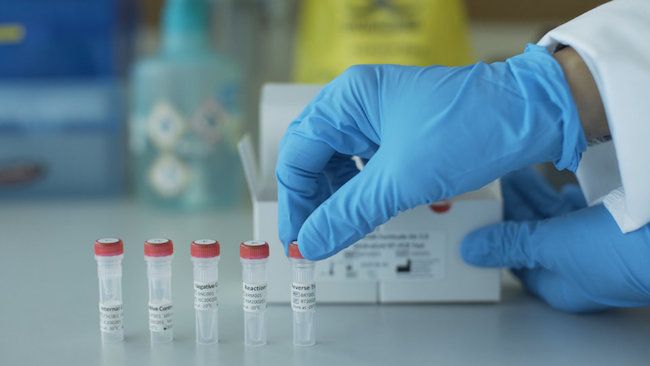 More than 40,000 people are now awaiting a test for Covid-19 in Ireland, health chiefs have confirmed.

In Co Donegal, there is concern with people waiting up to a week to have a test.

The figures were revealed at the HSE’s coronavirus briefing, where officials also outlined how Ireland is ramping up its testing efforts.

They also said that the average waiting time for a test is now between four and five days.

Anne O’Connor, COO, HSE, said that there are now 35 test centres in operation across the country, with the largest, Pairc Ui Chaoimh, expected to see 1,000 tests carried out every day.

At present, there is just one test centre and that is in the grounds of St Conal’s Hospital in Letterkenny.

Other test centres may open in different parts of the county.

Ireland’s health bosses are aiming for 4,500 daily tests in the community centres by the end of Tuesday, by which time there should be 41 test centres operating.

Ms O’Connor said: “As of today, we will have 35 tests centres in operation. The largest one of those is opening today, Pairc Ui Chaomih, in Cork, which will carry out 1,000 tests a day.

“We’ll have a further six sites coming into operation over the next two days, so by the end of Tuesday we’ll have 41 community testing sites in operation.

“We know that in terms of testing, on Friday in the community services alone, we tested over 2,000 people and between Monday and Friday we tested 10,000, and we know we tested more Saturday and Sunday. So we’re heading to 12-13,000 plus since last Monday. This is a key focus for us.

“Testing is our absolute priority and the establishment of testing sites is a key priority for us.

“Last week we were testing around 2,000 people per day. From Monday that will increase to 4,500 people being tested in our community services, and that is on top of any testing in our acute hospitals.”