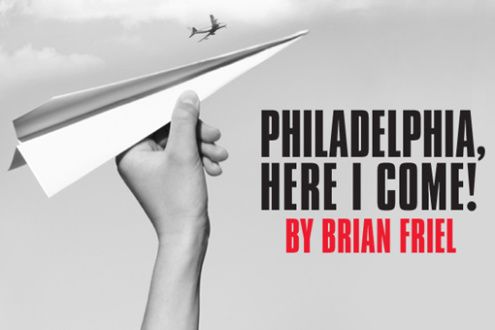 A Donegal theatre company has quickly adapted to the times to launch virtual casting for a new play.

The Letterkenny based Workhouse Theatre Company has announced a new production of Brian Friel’s multi-award-winning play ‘Philadelphia, Here I Come’.

But with social distancing guidelines and self-isolation, auditions and rehearsals have migrated to social media.

Actors who are looking for a new venture during the Covid-19 emergency are invited to apply for the open auditions this month.

The theatre company, established in 2009, have invited everyone, experienced and inexperienced, who is interested to get in touch.

“We think it is very important that people are kept busy, focused and motivated at the minute. Especially now as people find themselves unemployed, socially distancing or self-isolating. This is a once in a generational thing. New waters for us all. We are just trying to navigate things in a different way but in the same direction” said a spokesperson for Workhouse.

“We really hope that it will help a lot of people who are looking to be creative or who need a purpose. We will certainly be keeping those who are cast busy. We are inviting anyone who would like to have the chance to be a part of our production to send us a video of their audition. All rehearsals will be initially virtual. With one-to-one online tutorials with the director and each of the cast members. Then we will have collective cast video conversations and virtual rehearsals as the show starts to take form”.

Traditionally auditions and rehearsals would have meant cast members meeting up in a group setting but with current restrictions that look likely to be in place for a while, that isn’t going to be possible.

“We would hope that then closer to the time of production that there will be more flexibility in restrictions, that would allow some cast members meeting up, then eventually to allow the full cast to perform the play together. We have chosen a play that will allow for rehearsals to be divided up so that all cast members will not be needed initially at the same time. We currently don’t know how we will fund this production. We really don’t know. But we think it so important that we have work for people to focus on and an audience to look forward to seeing when all this passes. The theatre community has been totally blitzed by this – but we will find a way”.

“If we find that there are still strict rules in place preventing large gatherings when it comes to putting the play on, we will of course strictly adhere to them and look at other options, such as videoing the production or streaming it live for the public to watch. Obviously, things still might be in a state of flux, but we are going to stay flexible when it comes to how this show will be staged. We may have the think outside the box. However, the most important thing first is finding the right cast. We will then work hard, and, through whatever means possible, put on the best show we possibly can. Through invention and, most importantly, application.

“’Philadelphia, Here I Come’ is an obvious choice. There were no others seriously considered. It has a large cast which will allow us to give as many parts out as possible. It also shows the brilliance of the Donegal’s Brian Friel (arguably his best work) and we hope that through focus, hard-work and commitment it will showcase some of the fantastic actors (and creatives) we have here in Donegal. Great art can be born from times of hardship and we will aim to put on something special. That is our goal. It has to be”

Workhouse are looking for passionate and committed people who would have some fluidity when it comes to being part of this show and who will be living in Donegal in the Autumn, when the production is hoping to be staged. Each audition should be a selected monologue form and filmed.

For the monologue/speech you will need to prepare: please email  info@workhouse.ie  or message via the ‘Workhouse Theatre Company’ Facebook page. There will be one specific to each gender.

Cast members applying are asked to be over 15 year of age and have access to a web-cam or a mobile device (that has the same capabilities e.g. able to record and watch videos on). There is no age limit for auditionees, there are parts for all age groups and genders and the audition is open for everyone across Donegal and the North-West.

“We think now more than ever that people should try their best to keep active and, if they can, creative. We hope that this will provide a channel to allow those with an appetite for theatre or those who have always had the ambition to act, to do just that”