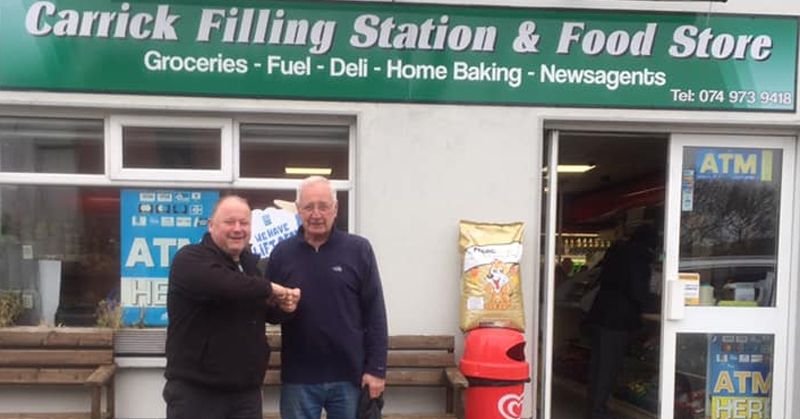 Two Donegal residents are celebrating large cash windfalls after winning €10,000 each in the Telly Bingo.

As the uncertainty of coronavirus gripped the country last week, good fortune was shining on South Donegal as two punters celebrated wins on consecutive days.

The first big winner was a woman in Dunkineely who bought her ticket in Floyd’s Mace. The customer, who has not been named, landed a Fullhouse prize of €10,000 in the National Lottery gameshow.

“Everyone is delighted for the winner,” said shop owner Paul Floyd.

The next day, luck struck again when another €10,000 winner was revealed in Carrick.

Frank is a regular Telly Bingo player and participates on Tuesdays, Thursdays and Fridays.

Shop owner Adrian Byrne said: “It was great news, especially with everything that’s going on. Fair play to Frank. We are delighted for him.”

Both local stores have been busy adjusting to the Covid-19 guidelines and serving their local communities.

At Floyds, Paul said that there has been a notable rise in people shopping local. Meanwhile, the three Byrnes stores in Glencolmcille, Carrick and Kilcar have been offering home deliveries in their effort to help the elderly across the parishes.