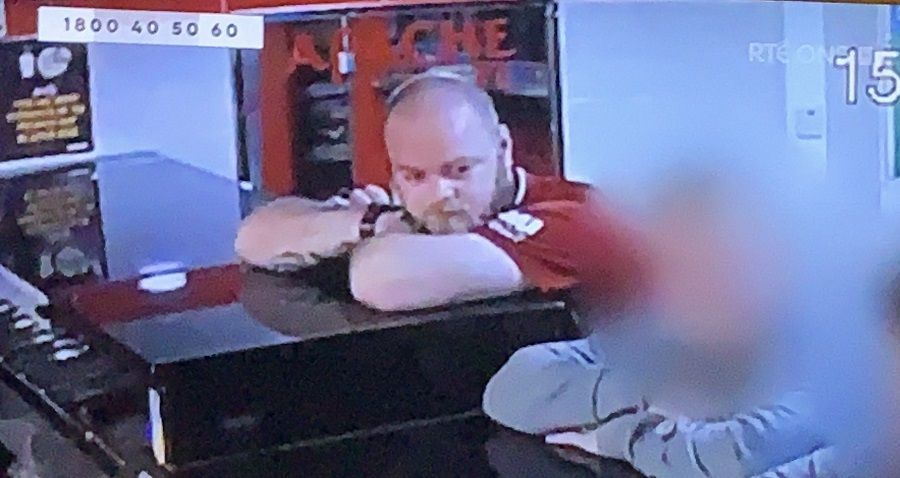 Gardaí are seeking to identify a man who headbutted a takeaway customer in an assault in Donegal.

The incident occurred last August at an Apache Pizza takeaway in Donegal Town.

The man was caught on CCTV as he headbutted a customer at the far end of the takeaway counter before leaving the premises at around 2am.

The victim was left with a broken nose.

Images of the man were issued by gardaí on RTE’s Crimecall programme on Monday night.

The suspect had a shaved head and a beard, he wore a Liverpool jersey and had distinctive tattoos on his right arm.

Gardaí are appealing to anyone who can help identify the suspect to get in touch.