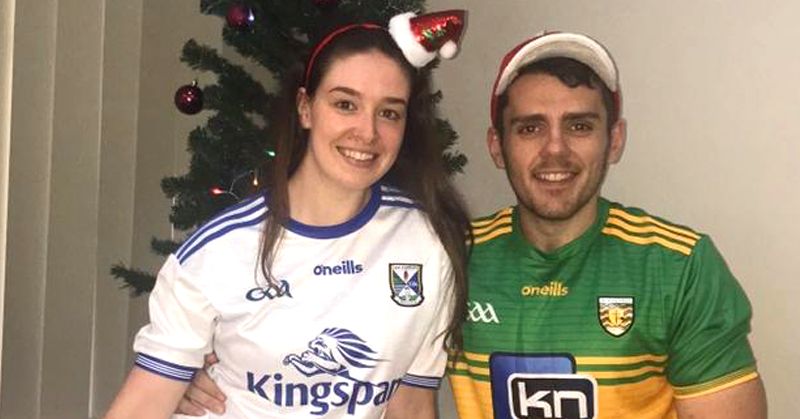 A young couple stranded in Australia is making a desperate plea for help to get home to Donegal.

Time is running out for Caolin Maguire and Ben Burgess who were left devastated when their flight was cancelled on Sunday last.

As countries close their borders and airports shut down, the couple has found they are running out of options in their search for flights back to Ireland.

Donegal native Ben (aged 25) and Caolin (24), from Cavan, who both live in Laghey, moved to Gosford near Sydney seven months ago for a new adventure.

But they decided at Christmastime that they wanted to come home to study. Their flights were booked long before the outbreak of Covid-19, and anxiety turned to despair when their scheduled flight on Sunday was suddenly cancelled.

Ben and Caolin had already given up their jobs as they prepared to move home. Now, without any income, they are running out of options.

Caolin was hoping to return to her work at Harvey’s Point Hotel while Ben is a Personal Trainer.

Caolin told Donegal Daily: “We are lucky that we have my auntie here but we are both in a very vulnerable situation financially. We left our jobs, we don’t have a lot of money left and the airline won’t give us our money back.”

The couple spent an agonising day at the airport on Monday searching for flight options.

“We thought we would chance our luck because the airline wasn’t answering calls, on social media or by email,” Caolin said.

“All the desks in the airport were empty. It was full of Irish, English, German and French, people from all corners of the world with nowhere to go.

“We stood in a queue for three hours at a travel operator office. They were giving people options like business flights of $17,000 or flights with four and five stops. The next thing we know they just closed the centre.

“The person at Etihad told us to basically go home.”

Caolin and Ben are among the thousands of young Irish people stranded in Australia now, desperately seeking help now that Australia has been put on lockdown and all non-essential services have been halted.

“We know we are not in the worst situation, but I can’t expect my auntie to put us up for however long this lasts. We are two adults, we can’t get benefits here and if we get sick we are screwed,” Caolin said.

The couple has spent the last week searching online for flight options home, but astronomical prices, cancelled connections and airport closures are a constant worry.

“It’s ridiculous what the airlines are doing to people, the prices they are charging, but they know everyone is desperate.

“We will be self-isolating as soon as we get home, we just want to be home to do it.”

Caolin and Ben have already reached out to local politicians and the Irish Embassy in their bid to get assistance. They can be contacted on ca_olin2010@hotmail.com

Couple pleads for help to get home from Australia amid COVID chaos was last modified: March 26th, 2020 by Rachel McLaughlin