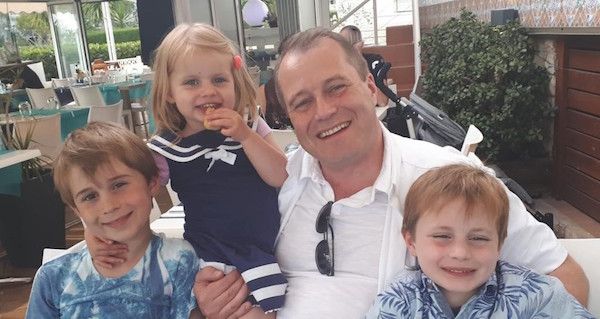 Grieving father Andrew McGinley, whose three children died earlier this year, has issued a public appeal for letters during the coronavirus isolation.

Mr McGinley, originally from Donegal Town, said he is missing company as he continues to deal with the tragic events of 24th January when the bodies of his three children Conor, aged 9, Darragh, 7, and Carla, 3 were found in their Dublin home.

The children’s mother Deirdre Morley has since been charged with their murder.

In the aftermath of the tragedy, Mr McGinley set up social media accounts called ‘Conor’s Clips’ to share precious videos of his children.

Mr McGinley said: “I’m struggling with isolation like you all but really missing the company.

“I was also enjoying most of the letters that I received so I have a request. Can you write to me?

He also shared a handwritten note that said: “If you want something to do, or to give your kids something to do then I’d be delighted to get cards or letters about anything.

“Maybe just let me know if you and your kids are enjoying Conor’s Clips (or not, everyone’s a critic!).

“You may never know how much this will help me.”

Letters to Mr McGinley can be sent to Newcastle, Co Dublin, Eircode D22VH77.