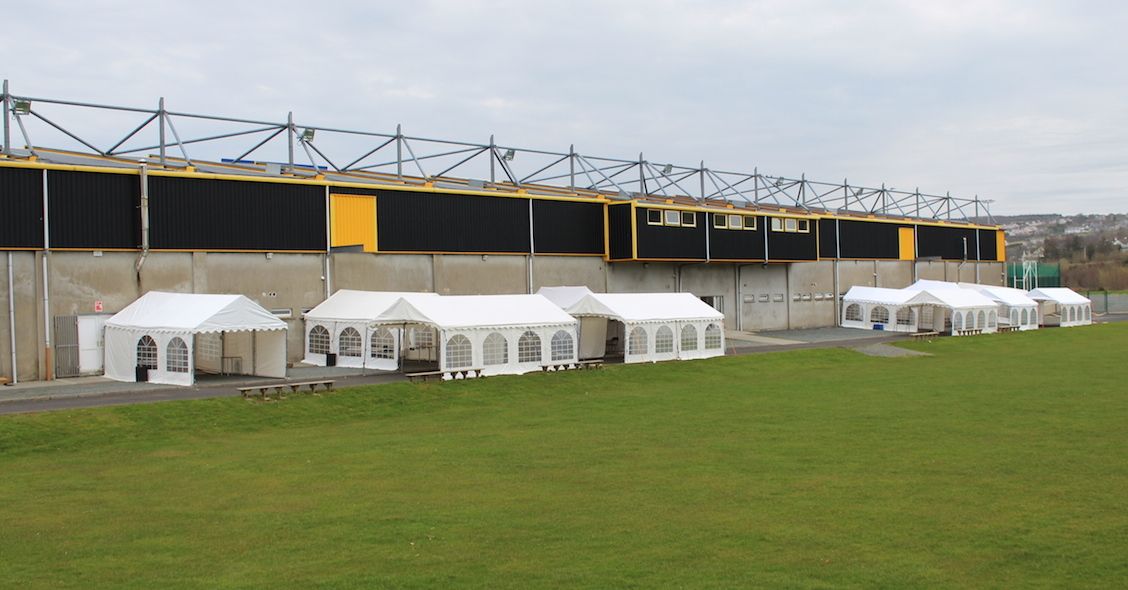 Exclusive: Covid-19 testing halted at Letterkenny over lack of kits

CORONAVIRUS testing in Letterkenny has been suspended due to a lack of testing kits, Donegal Daily can reveal.

Testing began at O’Donnell Park on Friday afternoon, but there will be no testing at the facility tomorrow.

The Covid-19 testing process moved to O’Donnell Park from St Conal’s Hospital with five bays set up behind the main stand at the St Eunan’s GAA club.

However, testing has had to be abandoned due to a lack of the specialised equipment.

“It is envisaged that testing will recommence at O’Donnell Park, Tuesday 31st March pending the delivery of additional testing kits.

Testing at Páirc Uí Chaoimh in Cork was cancelled today while testing did not go ahead at Tallaght Stadium in Dublin.

The HSE say that around 5,000 people per day are being tested across the country.

Today, an Aer Lingus A330 plane completed a round trip to China to collect personal protective equipment (PPE) for Ireland’s healthcare staff in the battle against Covid-19.

The passenger plane touched down at Dublin airport, carrying €28 million worth of supplies, including medical equipment such as masks, goggles, gowns and gloves, which will be distributed to health care facilities around the country from this evening.