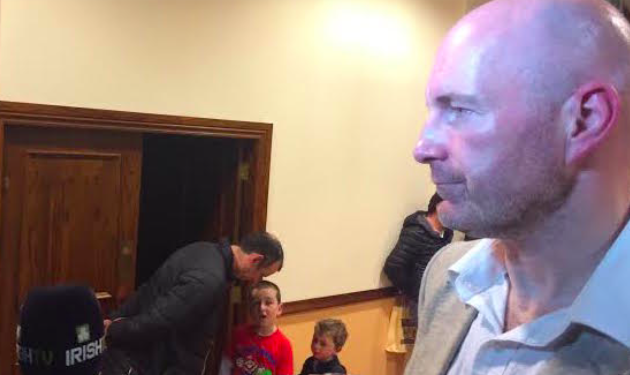 KEITH Duggan, one of Ireland’s foremost sportswriters, who hails from Donegal, is among the winners in the 2019 MacNamee Awards.

Duggan’s ‘Summer of 69’ feature in the Irish Times has won the 2019 National Media Award.

The GAA National Communication and Media Awards are named after the late Pádraig MacNamee, former President of the GAA, Chairman of the GAA Commission (1969-1971) and member of the RTÉ authority.

They are presented annually in recognition of outstanding contributions made by individuals and Association units in the area of media and communications.

Due to the Covid-19 situation the presentation of the MacNamee Awards has been postponed until a future date.

Duggan’s feature portrays the Antrim team that won the 1969 All-Ireland U-21 Football Championship, it brings their unexpected triumph back to shimmering life.

‘Summer of 69’ has a great emotional range. There are moments that make you chuckle and others that hurt the heart, most especially the tragic fate of the late Din Joe McGrogan.  By the end you’re left with a real sense of a particular time and place, and also of the passing of time itself.

Duggan, a two-time Sports Journalist of the Year winner, is the Chief Sports Writer with the Irish Times and is a native of Ballyshannon. Now living in Galway, he has written a number of books and was the ghost-writer to ‘Until Victory Always’, the 2015 memoir of former Donegal manager Jim McGuinness.