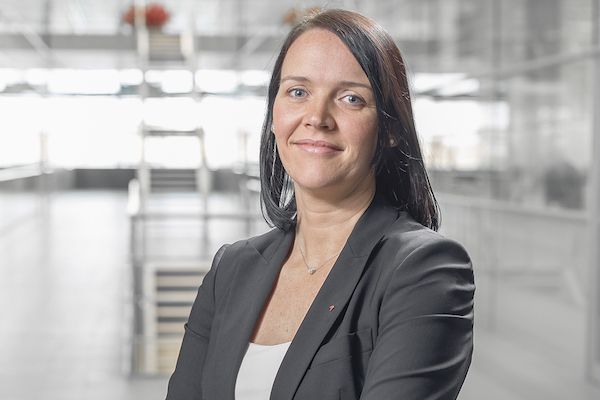 Formula One executive from Donegal in race to make 10,000 ventilators

A Formula One racing executive from Donegal is leading her company’s charge to supply ventilators for people suffering from Covid-19.

Ruth is part of a team of companies which have come together to supply more than 10,000 life-saving ventilators to sick people in the UK.

The Ventilator Challenge Consortium has seen a number of manufacturers from sectors including the medical and aerospace industries have come together to make the ventilators in rapid time.

It follows an order by British Prime Minister Boris Johnson to designer Dyson to build the ventilators.

Ms Nic Aoidh said McLaren is perfectly placed in the race against time to save lives.

“As everyone knows Formula One is about going fast both on the track but actually the way to go faster on the track is through rapid development and the rapid manufacture of parts.

“From McLaren’s perspective, we are contributing our experience in design and in engineering and in rapid prototyping to the consortium.

“We are looking to assist with manufacturing parts and sourcing those parts, developing fast testing procedures to qualify the ventilators produced and also developing trolleys to transport the ventilators around hospitals once they are ready to go into use.

“So all the Formula One experience on the track is highly relevant to this race against time.”

Ms Nic Aoidh said the normal rivalry between such Formula One race giants as Mercedes and Williams has been put aside in the race to save lives.

She told the BBC “What it shows how relevant Formula One is and what we do is both to racing and also to the wider world.

“We have huge experience in innovation both from a technology and manufacturing perspective, a lot of that is demonstrated in Formula One.

“It has been a real pleasure to collaborate with our competitors, our traditional competitors to actually try and win this race.

“Everyone has seen what we have done on the racetracks in the past in competing against eachother and I think we will really show the power of our industry with our collaboration and alignment in meeting this task.”

Ms Nic Aoidh is executive director for Commercial and Legal at McLaren and has been at the company since 2009.

She was educated at University College Dublin where she graduated with a Masters of Law.